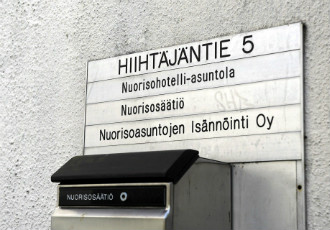 Despite being one of the top performers in combating corruption in the European Union, Finland does not come out smelling roses in the first anti-corruption report published by the European Commission in early February. In particular, the country is beleaguered by old-boy networks and problems associated with public procurements and campaign financing.

“Money is not necessarily used to pay for services, but instead the members of such networks exchange favours, information and other benefits,” the report highlights.

Meanwhile, the laws on the openness of public activities have failed to keep step with the inclination of municipalities to transfer parts of their responsibilities to the private sector. The supervision of public procurements has consequently become more difficult, because the transparency requirements binding the public sector do not necessarily apply to private service providers.

Accordingly, the commission recommends that Finnish municipalities and regions be required “to secure a sufficient level of transparency in public contracts with private entrepreneurs”.

With regard to campaign financing, the problems are linked to the reporting obligations of political parties and individual candidates. On the one hand, the commission acknowledges that Finland has successfully revised its regulations governing campaign funds and transparency, but, on the other, it also points out that the National Audit Office remains unable to ascertain the accuracy of the campaign finance reports of parties and candidates.

The other issues foregrounded by the European Commission are related to, for example, the protection of whistle-blowers and the effectiveness of investigating wrongdoings.

“There is no corruption-free zone in Europe,” summarised Cecilia Malmström, the European Commissioner for Home Affairs.

The European Union, the commission estimates, loses 120 billion euros annually due to corruption.