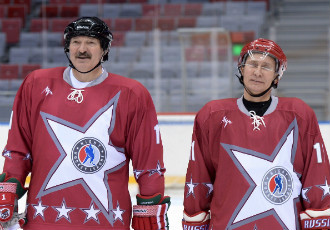 Helsingin Sanomat and Ilta-Sanomat are considering not deploying reporters to cover the 2014 IIHF Ice Hockey World Championship, held in Minsk, Belarus, this May. Journalists covering the games on site must apply for an extraordinary visa from the Belarusian foreign ministry if they also intend to report on non-sports topics.

The conditions are laid out in the accreditation application.

Both dailies have applied for the permission to also tackle non-sports topics.

Tapio Sadeoja, the senior editor-in-chief of Ilta-Sanomat, concurs: “It's most vital that journalists are allowed to work without any state-imposed restrictions on freedom of speech.”

Niemi reminds that Helsingin Sanomat has reported about non-sports topics as part of their coverage of other major sporting events – and plans to do so also in Minsk. “With so much of interest happening around a major ice hockey event, you cannot confine your topics specifically to ice hockey. Freedom of the press takes precedence,” Niemi explains.

YLE, Finland's national broadcaster, will similarly not travel to Minsk, if restrictions are imposed on the freedom of its reporters. “The International Ice Hockey Federation should take a greater role in addressing the issue,” Panu Pokkinen, the head of YLE Sport, views on Twitter.

Finland's largest news and picture agency, STT-Lehtikuva, is also expected to inform Belarus that it will cover non-sports topics, if necessary. “Of course you can limit the freedom of expression in an arbitrary manner, but it has its consequences. You can't sell out the principle of freedom of speech on flimsy grounds,” acting editor-in-chief Mika Pettersson comments in an STT story.

Kalervo Kummola, a vice president at IIHF, says that he has only heard rumours about the conditions imposed by Belarus.

“It doesn't sound good,” he concedes.

According to Kummola, the IIHF will consider the situation when it convenes during the Sochi 2014 Winter Olympics. When Belarus was granted the games in 2009, it promised that reporters would be granted visa-free entry to the country.

Kummola declined to comment when asked whether he thinks granting the games to the authoritarian country led by Alexander Lukashenko was a mistake to begin with.

“If the information [about the visa conditions] is accurate, it's unlikely that the games are granted to Belarus for the second time,” he says.