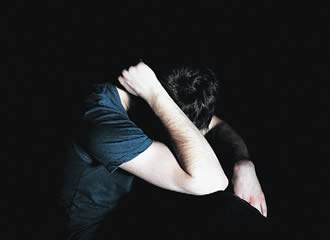 According to Police information suicides increased last year throughout the country. 816 suicide cases were reported to the Police last year. The number was up from the previous year by approximately five per cent. Statistics Finland compared crimes reported to the Police during 2012-2013, and Yle was the first to report on court statistics.

The Police reveal that 111 suicide cases were reported in the region of Eastern Finland, amounting to a 14 per cent increase from the previous year. Unemployment that is gnawing Eastern Finland may have influenced the matter, speculates Professor of psychiatry from the University of Eastern Finland Heimo Viinamäki on Yleisradio.

The most common factors influencing suicide are depression and related substance abuse problems. Sometimes difficult mental problems, such as schizophrenia or a psychosis related to another mental illness are reasons behind suicide.

Suicides committed by seniors are a new phenomenon. The share of women in suicides by seniors is exceptionally higher than that of men. Women often kill themselves by drug overdose, while men’s suicides are often committed in more brutal ways.

Suicides have steadily decreased in the last decades, although figures may fluctuate during some years. The year that saw most suicides in Finland was 1990, when over 1,500 people killed themselves.

Statistics Finland has not yet published its own information on last year’s suicides, as 10,000 death certificates are still required. According to Statistics Finland 873 suicides were committed in 2012, and the previous year saw 912 suicide cases.