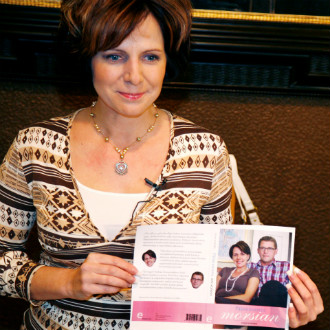 Former Prime Minister Matti Vanhanen believes the ruling shows that the whole lives of policy-makers are not to be preyed on by the public.

THE FINE imposed on Susan Ruusunen, the ex-girlfriend of former Prime Minister Matti Vanhanen (Centre), over an autobiographical novel about her relationship with Vanhanen does not infringe freedom of speech, the European Court of Human Rights (ECHR) ruled unanimously on Tuesday.

Similarly, the complaint lodged by the novel's publisher, Kari Ojala and the company Etukeno Oy, was rejected.

In the novel The Prime Minister's Bride (Pääministerin morsian), published in 2007, Ruusunen reveals details about her nine-month relationship with Vanhanen, who was in office in 2003—2010.

The publication of the novel was acceptable, because it also contains information of general significance, the ECHR ruled. Ruusunen should not, however, have disclosed details about the sex life of the couple without the prior consent of the Prime Minister. Therefore, the fines imposed on Ruusunen and the publisher for the dissemination of information violating personal privacy were justified.

Both defendants then brought the matter to the ECHR, arguing that the conviction infringed their freedom of speech. The ECHR disagreed, viewing that the KKO had in its ruling duly considered the implications pertaining to both the authors' freedom of speech and Vanhanen's right to privacy.

The details deemed significant to the public include information about how Vanhanen and Ruusunen originally met and the quick development of their relationship.

In Finland, a court of appeal had condemned Ruusunen and Ojala also for revealing these details, but in this respect, the KKO disagreed. According to it, the details were significant because they called into question the honesty and judgement of Vanhanen.

Vanhanen had claimed that the couple first met in a furniture shop, while in fact they had met online.

Ruusunen insists that she is not guilty of any wrongdoings. “The novel contains no senseless exposés. The matter has now reached its final conclusion and will not be discussed further in public.”

Ojala, in turn, does not regret his decision to publish the novel. “Knowing what I knew then, I probably would have done the same. Of course, this has not been a pleasant process.”

Elsewhere, Vanhanen views that the ruling indicates that privacy protection also applies to policy-makers. “The whole life of even the most esteemed policy-maker is not to be preyed on by the public. This is the ruling I began pursuing seven years ago.”