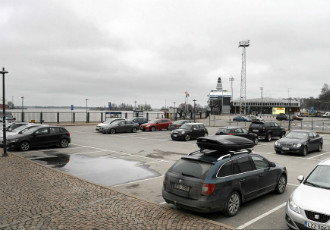 The city board voted on Monday for reserving a plot in Eteläsatama for the architectural competition.

ONE of the most disputed museum projects in Finland, the Guggenheim museum, inched toward its realisation on Monday, when the Helsinki City Board voted 10—5 in favour of reserving a plot in Eteläsatama for the architectural competition.

The reservation will expire at the end of 2015, before which both stages of the privately-funded international architectural competition are to be held.

The National Coalition, the Greens and the Swedish People's Party voted in favour of the project.

“If we had crossed off the option now, we would have never known the plans,” commented Lasse Männistö (NCP).

The decision of the city board was welcomed with joy by executives of the Guggenheim Foundation in New York.

“We're thrilled with the result. We've discussed the matter in length with Helsinki's decision-makers, and it's wonderful that today's decision was a positive one from our perspective,” Ari Wiseman, a deputy director at the foundation, told Helsingin Sanomat on Monday.

Wiseman's enthusiasm is understandable particularly in light of the fact that the city board voted against the project in May 2012. The vote was then decided by the Greens, who opted right at the end to oppose the project.

“I find it hard to comprehend what exactly has changed so much that the Greens now voted aye. At least in terms of its financing model, 95 per cent of the proposal was the same,” pointed out Osku Pajamäki (SDP), who voted against the museum project.

“The whole project is still publicly funded. Only money for the rights for the foundation's name, and only that, comes from private sources,” he added.

In 2012, the proposal was rejected partly due to the fact that the licensing costs of over 20 million euros would have been borne by Helsinki. Now, the Guggenheim foundation contrastively pledged to arrange private funds toward the licensing costs.

On Monday, Wiseman was not prepared to comment on who the financers could be.

Hannu Oskala (Greens) argued that the new proposal is better in both economic and cultural respects. “One would think that also Pajamäki considers it important that the Helsinki Art Museum remains a separate unit. It will still have its own museums and own profile, while the Guggenheim would exist separately. This is a decisive difference for cultural life in Finland.”

The final decision on the construction of the museum will not be taken until the final stages of the architectural competition. To prepare for the decision, the city board decided on Monday to launch its own assessment of the museum's economic impact.

“It's important that we don't blindly subscribe to the figures provided by the seller but want to determine their accuracy. If the city's assessment yields totally different numbers, the project cannot move forward on the arguments presented by Guggenheim,” Oskala stressed.

The proposal made by Guggenheim in late September has been criticised for, for example, over-optimistic visitor and tax revenue projections.