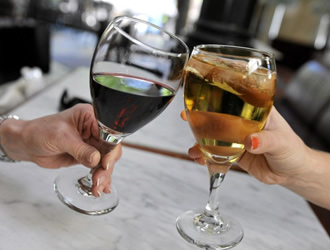 The injurious effects of alcohol use diminished slightly in 2012 compared to the previous year, reveals the recently published Yearbook of Alcohol and Drug Statistics.

The statistical publication includes information about the situation on alcohol and drugs in Finland in 2012.

Besides the adverse effects also the consumption of alcohol saw a decrease: in 2012 9.6 litres per inhabitant of 100 per cent alcohol was consumed in Finland, whereas in 2011 the corresponding figure was 10.1 litres.

Days spent in health care as a result of alcohol use decreased by five per cent compared to the previous year. In particular, care days resulting from withdrawal symptoms decreased.

Care days in rehabilitative substance abuse counselling services decreased, but the time spent with related residential services was higher than the previous year.

The number of drunken drivers caught decreased by 11 per cent compared to the previous year. The number of those intoxicated taken into custody also dropped to 72,000, which is the fewest in over 40 years.

Alcohol use of working-age men and women has remained approximately steady throughout the 2000s according to the statistical publication, but alcohol among young people and binge drinking has become less common.