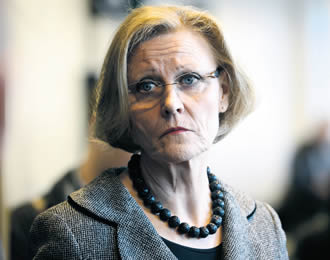 The Helsinki Court of Appeal recommends that laws on male circumcisions be drawn up.

A PERSON convicted for performing circumcision on two Muslim boys has been acquitted of assault charges by the Helsinki Court of Appeal. The court also acquitted the parents of the boys of incitement to assault.

With the appeals court ruling that the grounds for the District Court of Helsinki’s ruling in 2011 were incorrect, the decision marks a fundamental shift in Finnish judicial practice concerning the issue of boys’ circumcisions.

In 2011, the District Court of Helsinki found an Iranian-Turkish person guilty of assault for performing circumcisions on two school-aged Muslim boys. In addition, the court convicted the boys’ parents of incitement to assault but, deeming the act forgiveable, opted not to impose penalties on them.

The person who performed the operations with a cautery in the homes of the boys has performed several circumcisions in both Turkey and Iran. The incision of one of the boys, however, became infected, forcing the boy to miss school and seek medical attention.

In 2008, the Supreme Court ruled that, if performed in an appropriate manner, a circumcision performed on a boy for religious reasons does not constitute an offence. However, citing the subsequent ratification of the Council of Europe’s Convention on Human Rights and Biomedicine as justification, the district court deemed the circumcisions unlawful.

In its ruling, the Helsinki Court of Appeal then concluded that the convention cited by the district court in sentencing applies only to organ transplants, not to circumcisions. The appeals court also referred to judicial practices elsewhere in Europe, pointing out that boys’ circumcisions have not been banned by any European country on grounds of the Convention on Human Rights and Biomedicine.

In addition, the court viewed that Finnish laws do not prescribe that circumcisions must be performed by licensed medical practitioners and that the person who performed the operations had acted with due diligence.

The surgical site infection in one of the boys, the court elaborated, had been caused by insufficient after-care rather than the operation. The person who performed the circumcision used surgical gloves, sterilised the instrument used, applied local anaesthesia and provided the parents with instructions for after-care, the court added. Accordingly, in addition to acquitting them of charges, the appeals court relieved the person who performed the circumcision from liability for damages. Similarly, the briefcase and instrument used in the operation were returned to the defendant.

Finally, the court recommended that laws on male circumcisions be drawn up to eradicate any judicial ambiguities. Despite having mulled over such legislative revisions for some time, the Ministry of Social Affairs and Health stated earlier this autumn that no revisions are likely to be adopted in the near future.