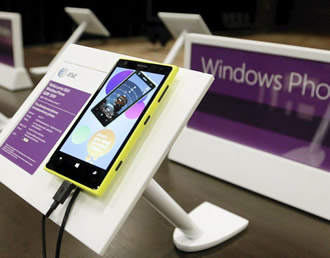 THE EUROPEAN Commission has approved Microsoft's acquisition of the handset business of Nokia, viewing that the transaction would not raise any competition concerns. Previously, the deal has been approved by the US Federal Trade Commission, which sanctioned it on Monday, and the antitrust authorities of Brazil, Canada and Russia.

For it to be completed, Nokia reminds, the transaction still requires the approvals of the antitrust authorities of six nations, including China. The approval of Finnish authorities, however, is not required, because the transaction is large enough to trigger the application of EU regulations.

Corporate acquisitions are monitored particularly because takeovers by rivals can result in the deterioration of the markets concerned. If an acquisition is deemed to have an adverse competitive effect, antitrust authorities can impose conditions on the transaction or cancel it altogether.

Nokia approved the sale of its handset business to the American software behemoth in an extraordinary general meeting in November. The transaction is scheduled for finalisation next spring.