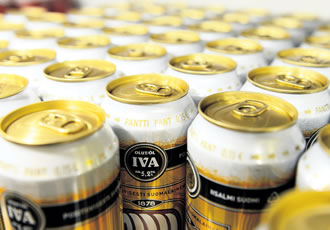 Alcohol remains the fifth leading cause of death among Finnish men.

THE number of Finns dying from alcohol-related causes has fallen over the past several years. In 2009, 2,065 people died from diseases related to alcohol and accidental alcohol poisoning. In 2011, the number was 1,889.

Over the past twenty years, the alcohol mortality of men aged over 65 years has doubled. The number of deaths attributed to alcohol has climbed steadily since records have been kept, and drastically increased in the middle years of the 2000s.

While Finns have a stereotype of being prolific abusers of alcohol, they are not at the top of the global league tables compiled by the World Health Organisation. In fact, Finns don’t even drink as much as the British. The WHO suggests Finns consume the equivalent of 12.5 litres of pure alcohol annually, while Finland’s own estimate is 10.1.

Finland is also lower on the list of deaths caused by alcohol than might be expected. Finland ranks twenty-sixth in the world, with 3.5 deaths per 100,000. This is lower than our neighbours in Estonia (8.8) or in Germany (4.3).

According to the Yearbook of Alcohol and Drug Statistics produced by The National Institute for Health and Welfare (THL), the direct costs of alcohol abuse in Finland amounted to 1 billion euros, or 0.7 per cent of gross domestic product. In per capita terms, this equates to about 188 euros per person in Finland.