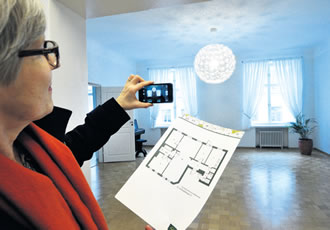 RENTAL prices were still on the rise last year, particularly in the capital region. A studio flat in central Helsinki now costs twice as much to rent as a similar flat in a small town with 20,000 residents elsewhere in Finland, figures released by Statistics Finland last Friday reveal.

“In central Helsinki, rents for small flats have remained fairly stable this year, at least until now. It might be that those rental prices are approaching the limits of what people can afford to pay,” says Timo Metsola, Chairman of the Board of Vuokraturva, a real estate agency specialising in rental properties.

Demand for larger family flats, on the other hand, has fallen, which Metsola believes to be a sign of uncertain economic times.

“Many of those looking for flats are opting for cheaper ones, which often means either a smaller flat or one farther away from the centre,” he explained. This has boosted demand for smaller rental flats and put pressure on their prices, even on the outskirts of the growth centre.

Larger flats leave some room for rent negotiation, which may be making flat sharing an attractive option for young people. Three-bedroom and larger flats command slightly lower rents this year than before, Vuokraturva estimates. Rents for new contracts on privately owned studio and one-bedroom flats are still expected to go up in the capital region and other main cities.

Metsola gave his views on the rental market in a press event, in which Statistics Finland released last year’s figures on the growth of rental prices.

According to these statistics, rents for flats in the whole country went up by 3.7 per cent on average since last year.

Still suffering from a chronic shortage of rental housing, the capital area saw the biggest jump in prices, with rents for privately owned flats increasing by 4.7 per cent. Elsewhere in the country, rents were up by 3.2 per cent on average. For privately owned flats, the average rental price was over 15 euro per square metre in the capital region, while elsewhere in the country, tenants paid just under 10.5 euro per square metre.