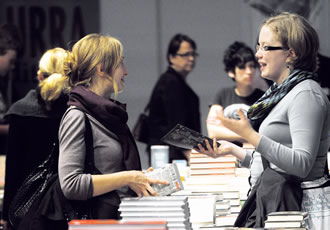 According to a recent study, middle-class cultural preferences in Finland are characterised by activity, whereas the working class tend to be more passive in their tastes.

THE prevailing belief in Finland is that there’s no class system here. But according to researcher Nina Kahma, who recently completed her PhD in social policy, differences in taste are indicative of Finnish class differences.

When it comes to cultural preferences, says Kahma, Finns belong either to the active middle class or the passive working class.

“In my research I examined preferences when it came to music, film, television, reading, eating and dress. The differences in these areas reveal a clear distinction between middle and working class,” Kahma says, but points out that this should be understood as putting a passive label on those who identify themselves as working class.

“Although working-class people generally tend to be passive when it comes to culture, they do have other activities.” The most common such activities are gardening or taking the dog for a walk, she says.

What’s it like to belong to the cultural elite, then?

“The section of Finnish society that belongs to the socio-economic upper class is very sparsely populated. If you ask Finnish people where they would place themselves on the class scale, extremely few identify themselves as upper-class. You could even say we don’t really have an upper class.”

Kahma believes that most Finns still have a very strong desire to be seen as just average Joes and Janes.

Despite this, however, most of those Kahma interviewed seemed very capable of accurately assessing their own place in the class structure.

“Finn generally locate themselves in precisely that social class where it’s clear from the outside that they’re located.”

The only exception Kahma found to this was among those who had unusually strong political convictions. She believes that this anomaly may be similar to the so-called “Tory worker” phenomenon in the United Kingdom, when working-class people identify with the upper class.

A similar tendency – but in the opposite direction – existed in Finland during the Cold War era, when the wealthiest among the pro-Soviet taistolainen faction identified with the working class.

When it came to gender and generational differences, Kahma’s inquiries brought no surprises: the most active cultural tastes are found among middle-class, middle-aged Finnish women. For men and women alike, however, the concept of a middle class is closely related to cultural tastes.

To unsuspecting observers, food would seem to have little bearing on class differences, at least not in a country where sausages at the summer cottage go down well with almost everybody.

Nonetheless, Kahma finds the class divide here too. “Judging by the popularity of Japanese food we could probably talk about a sushi belt, one that more or less corresponds with the Ring III beltway and is slowly expanding northwards.”

Pizza and kebab, on the other hand, have long since become entirely commonplace throughout the country, although in the process they have become distinctly working-class foods.

When it comes to threads, Finns are not likely to dress too flashily.

“Being snobbish in Finland is generally seen as crass,” according to Kahma.