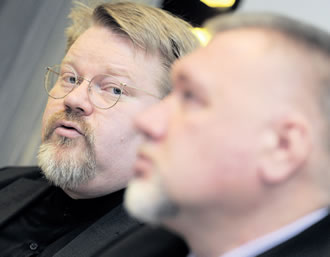 Activists claim measures are a response to recent child custody-related problems of Russian citizens in Finland.

A DEBATE is currently raging in Saint Petersburg regarding an initiative on the boycott of Finnish exports and travel to and from Finland. The initiative is the work of activists from a non-governmental organisation called Narodny Sobor (National Union).

The leader of Narodny Sobor, Anatoli Artuh, urges residents of Saint Petersburg to avoid buying Finnish goods or travelling to the country for leisure and to purchase Shengen-zone visas from diplomatic missions of countries other than Finland – as the Finnish government makes a small profit on visas sold through their missions.

The reason for Narodny Sobor’s outrage is a recent series of child custody-related disputes between the two countries. The movement has been monitoring these cases in Finland lately. On 6 February Artuh visited Helsinki and held a meeting with Russian-speaking inhabitants. The meeting was also attended by Johan Bäckman – a political author and controversial dissident who often gives his viewpoint to the fawning Russian media. Bäckman has been invited to spearhead Narodny Sobor’s Finnish branch.