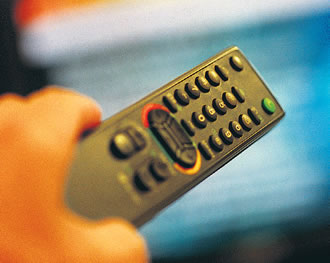 Starting from 2013, the public broadcasting tax will depend on income and vary between 50 and 140 euros.

PARLIAMENT has now passed legislation on a public broadcasting tax, set to start in 2013, to fund the Finnish Broadcasting Company, YLE. This effectively abolishes the current annual licence fee of 252 euros.

The tax to be paid will depend on income, and range between 50 and 140 euros. Minors and people earning less than 7,353 euros a year will not have to pay, while people whose incomes exceed 20,588 euros will pay the maximum tax of 140 euros. This ensures YLE an annual budget of 500 million euros, with the citizens providing 480 million euros and companies a further 22 million.

YLE and its new budget will be closely observed by other European countries too, as public broadcast funding has caused headaches throughout the region. Public broadcasters in the Scandinavian countries, as well as France, rely solely on funding from the licence fees while most of the continental European countries have combined licence fees with advertising revenue. Nonetheless, the biggest issue has been licencing fee evasion. In Finland alone, an estimated quarter million people don’t bother paying the licence fee, with almost 20,000 people caught dodging it every year.