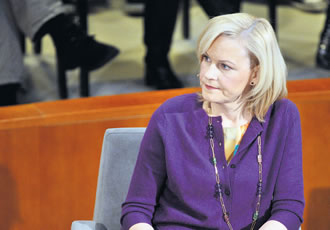 THE Ombudsman for Minorities Eva Biaudet (Swedish People’s Party) wants to address ethnic profiling, a form of discrimination where people are targeted on the basis of their ethnic background.

Several foreigners have contacted the ombudsman’s office to report discriminatory actions by private security companies, the police or customs officials.

One current complaint is the case of an African-born man, who was thrown out of a railway station lobby on the grounds that he was drunk. The man said he was drinking coffee on his way to work and that he abstains from alcohol because of his religious convictions.

Being asked by police to present identification due to one’s ethnic background is a form of ethnic profiling. Spain was recently reproached by the United Nations Human Rights Committee over an incident where police asked a woman for identification in a railway station without proper cause. The police said they checked her papers because of her appearance.

“The police will continue to be allowed to check a person’s identity but this must not be done in a discriminatory way,” Hiltunen says.

The head of the economic crime unit of the Helsinki Police says general inspections are not conducted based on appearance. “We always have reason to suspect a crime,” says Detective Superintendent Ilkka Koskimäki. “The person being inspected is also always told why they have been singled out.”

Customs also says they do not practice ethnic profiling.

“Race or ethnicity are by no means a basis of action for us,” says Senior Customs Inspector Jorma Matsinen.