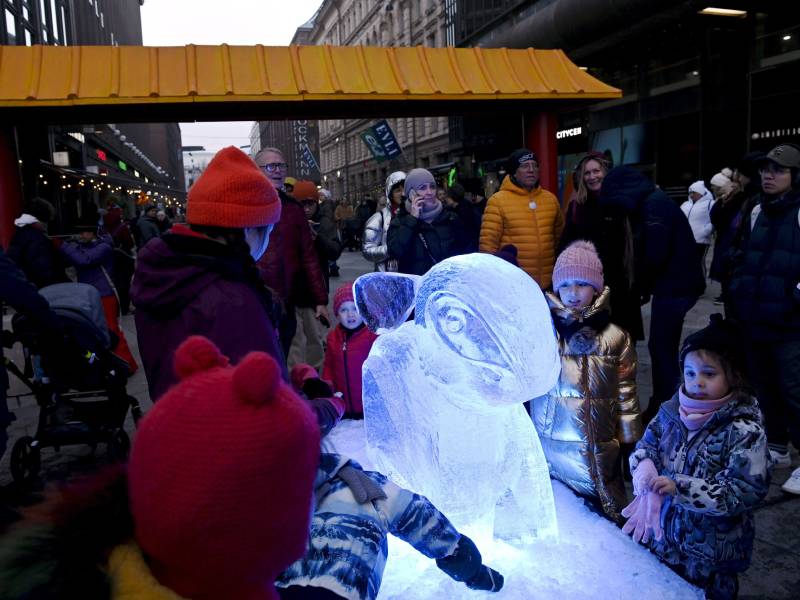 A crowd gathered to celebrate Chinese New Year in Helsinki on 21 January 2023. The idea of converting offices to flats in the heart of the Finnish capital has received little support from city officials, reports Helsingin Sanomat. (Emmi Korhonen – Lehtikuva)

OFFICIALS at the City of Helsinki have rejected proposals to convert commercial premises into residential ones at the heart of the city, reports Helsingin Sanomat.

Rikhard Manninen, the head of land use at the City of Helsinki, said officials oppose the idea of converting offices into flats due to the master city plan, which does not outright prohibit such conversions but prescribes that the amount of commercial space should not decrease in central Helsinki.

Converting an office into flats would thus require that the city create an equivalent amount of commercial space elsewhere in the city centre.

“We want to preserve the downtown area. If one property owner is given the opportunity to convert commercial space for residential use, also the next property owner will soon be demanding that,” he explained to the newspaper on 17 January.

Manninen added that the conversions also carry the risk of changing the nature of downtown Helsinki.

The realities have changed, however. Remote work became significantly more commonplace during the coronavirus pandemic, and not all employers are expected to require the same amount of office space they did before the pandemic. Manninen viewed that residential construction in the centre should be examined in conjunction with devising the master city plan.

“We take these suggestions seriously in the sense that we think they should be examined with an open mind. The centre isn’t immutable.”

“On the other hand, there isn’t too much evidence to suggest there’s no demand for commercial space downtown even though remote work has increased. Rents in the city centre have stayed high. There’s empty office space around the centre,” he commented.

Experts have estimated that an injection of residents could help to rejuvenate the city centre by creating demand for services.

“Residents do bring demand for services. That’s why we’re trying to get even more out of the city centre,” Manninen stated, pointing to an increase in residential zoning in areas near the city centre, such as Jätkäsaari and Kalasatama.

Ville Lehmuskoski, the head of urban environments at the City of Helsinki, told Helsingin Sanomat that the problem would not be solved by a single block of flats, or roughly 100 new residents.

“Although it’d naturally rejuvenate the vitality of the city centre to some extent, the degree of improvement in vitality we’re pursuing will require measures that are many times as effective,” he said.

The City of Helsinki, for example, is exploring the possibility and economic feasibility of building roofs over certain pedestrian-oriented spaces, such as Aleksanterinkatu and Keskuskatu. Such developments are being discussed in collaboration with businesses specifically in order to boost the vitality of the city centre.