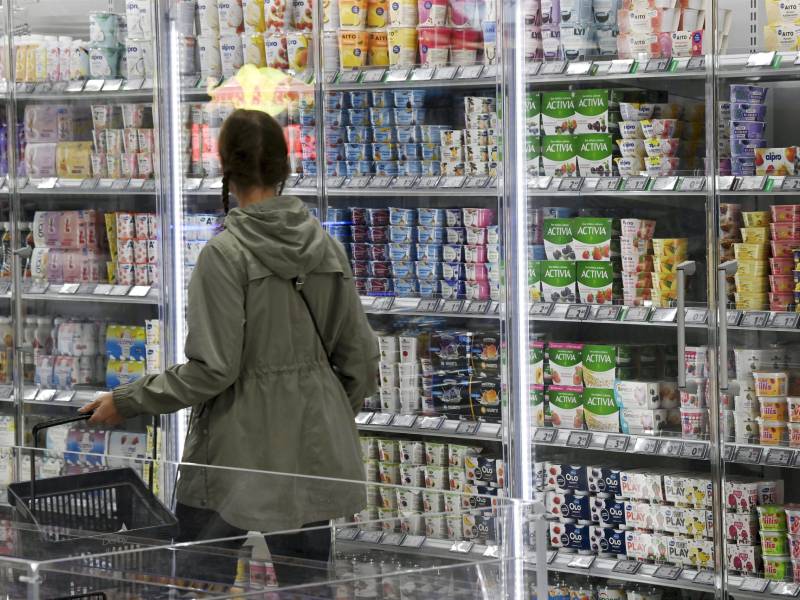 A customer with a grocery trolley in a supermarket in Espoo on 13 September 2022. Finland’s Service Union United (PAM) believes its strike could cause shortages in grocery shops. (Markku Ulander – Lehtikuva)

SERVICE UNION UNITED (PAM) on Sunday issued a strike warning that would likely have significant effects on the daily lives of people in Finland.

PAM on Sunday said it is considering staging a strike in 185 grocery shops and logistics centres that together employ roughly 20,000 people between Monday, 6 February, and Saturday, 11 February. The strike, it added, would be limited to 25 logistics centres for the first three days before expanding to 160 large grocery shops on Thursday, 8 February.

“The Finnish Commerce Federation has been unwilling to discuss pay rises that would secure the purchasing power of employees,” stated Annika Rönni-Sällinen, the chairperson at PAM.

“Businesses in the retail sector are posting good results while their employees have to cut back on everything to make sure their pay is enough for living. The employees are entitled to proper pay rises.”

Helsingin Sanomat on Monday illustrated the potential effects of the strike by pointing out that around 1,000 lorries are processed daily at the grocery logistics centre of Inex Partners, the logistics and transport arm of S Group.

PAM, similarly, viewed that shortages are possible due to the strikes in the logistics centres of Kesko, Lidl and S Group.

“Many shops may face quite significant product shortages toward the end of the week. Especially if some sort of hoarding occurs, it could pose challenges to shops when it comes to keeping their doors open,” Risto Kalliorinne, the organisation director at PAM, analysed to Helsingin Sanomat.

“I’m sure shops would try to keep their doors open by using managerial and on-demand employees, but it’ll be hard. I do think many would have to close their doors.”

The Finnish Commerce Federation on Sunday indicated that the strike warning came as a surprise after only four meetings between the two labour market organisations.

A spokesperson at the federation estimated that shops should be able to keep their doors open by utilising managerial and reserve employees.

The Commerce Federation and PAM began their negotiations over a new collective bargaining agreement on 12 January. Kalliorinne told Helsingin Sanomat that the negotiations will continue under the guidance of the national conciliator on Thursday.

“We haven’t had strikes in the retail sector since 2010, so this is a rare situation,” he commented.