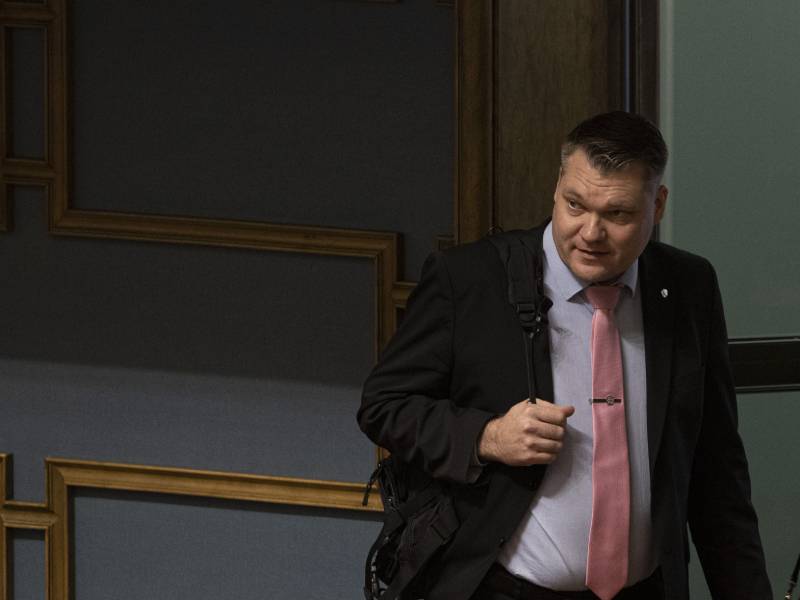 Minister of Defence Mikko Savola (Centre) attended a plenary session in the Finnish Parliament on 18 January 2023. Savola on Friday said Finland has agreed to deliver “clearly” its largest package of defence material to Ukraine, to help the country defend its territory against Russia. (Antti Hämäläinen – Lehtikuva)

FINLAND on Thursday decided to deliver its largest package of defence materiel to date to Ukraine.

A decision on the over 400-million-euro package was made based on a government proposal by President Sauli Niinistö. Finland has thereby delivered or pledged to deliver roughly 590 million euros worth of defence materiel across 12 packages to Ukraine.

Minister of Defence Mikko Savola (Centre) on Friday said Ukraine continues to need support in defending its territory against the attack by Russia.

“The current package is clearly the largest one to date,” he highlighted in a news release.

He stated that the package will comprise heavy weapons and ammunitions, adding that the content was determined based on both the needs of Ukraine and the resources of Finnish Defence Forces. No further details of the content, the means and schedule of delivery will be disclosed for operational reasons and to make sure the package reaches its intended destination.

YLE on Friday reported that experts believe the package could include artillery, ammunition and surface-to-air missiles.

“Tank systems are associated with training, maintenance and the entire ecosystem that the tank type needs,” he said to YLE, referencing the omission of Leopard 2s, German-made main battle tanks that were the focus of negotiations at Ramstein Air Base in Germany on Friday. “They aren’t too quick solutions. That’s why it’s important that we also provide weaponry that Ukraine can put to use immediately.”

The Ministry of Defence stated in its press release that the assistance is made possible partly by a statement of intent enhancing defence co-operation between Finland and Sweden Signed in Germany on Friday, the agreement sees Finland supply defence materiel to Ukraine and Sweden express its readiness to support Finland.

The defence administrations of both countries examined the support to ensure it does not endanger the national defence of either country.

“Elevating the co-operation to a new level will enable more effective co-operation in various security situations. You could summarise it by saying we’re able to provide more effective support to Ukraine due to bilateral co-operation between Finland and Sweden,” Janne Kuusela, the director general of Ministry of Defence, summed up to YLE.

Haavisto said Finland could have supplied the materiel also without the support but estimated that the closer co-operation will bolster the national defence capabilities of Finland.

“The situation is much more secure because we know that Sweden has materiels we can use if necessary. When countries deliver significant defence aid packages to Ukraine, it’s important to simultaneously look after their own national defences,” he said.