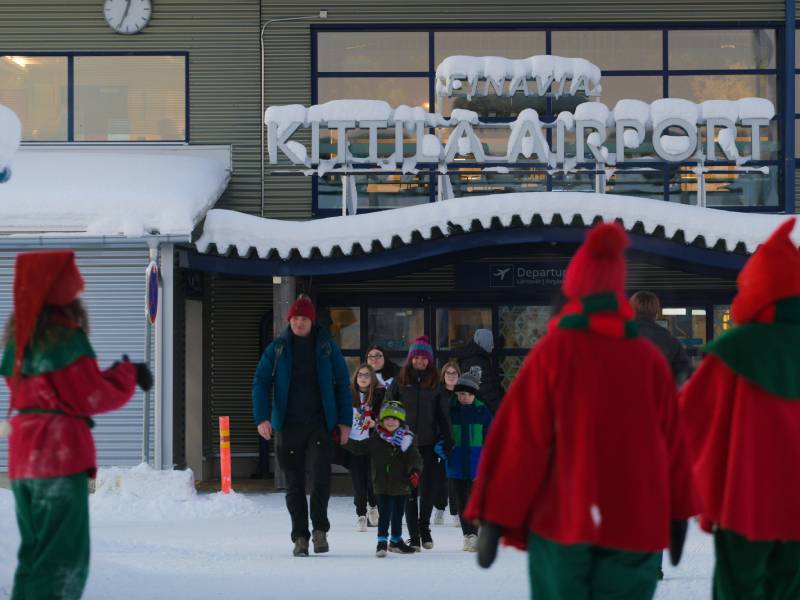 Foreign tourists arrived at Kittilä Airport in Finnish Lapland on 23 December 2022. While Lapland is enjoying an excellent tourism season, other Finnish regions have yet to rebound fully from the coronavirus pandemic. (Irene Stachon – Lehtikuva)

THE RECOVERY of tourism from the coronavirus pandemic has been significantly slower in Finland than the rest of Nordics, reports YLE.

While Denmark reported more overnight stays by visitors last year than before the pandemic in 2019, the number of overnight stays in other parts of the region remained below pre-pandemic levels. Finland has experienced the slowest recovery despite the ongoing record-breaking tourism season in Lapland.

The sluggish recovery is explained by lack of familiarity.

“Only 20 per cent of respondents in target groups in our target markets reported that they know something about Finland. In Great Britain and the United States, familiarity was only 10 per cent,” Kristiina Hietasaari, the head of Visit Finland, stated to YLE on Wednesday.

Finland also failed to crack the top 25 of popular holiday destinations for families in Germany, reveals a survey commissioned by the national tourism promotion agency. The country would come in last if families had to choose a destination in the Nordics.

Hietasaari said Europeans know fairly little about soft aspects of Finland, such as cultural events and travel destinations that are popular also among domestic travellers.

Timo Lappi, the managing director of Finnish Hospitality Association (Mara), told YLE that Denmark has successfully marketed itself as an exciting culinary destination to Germans. Saimaa being named as a European Region of Gastronomy for 2024 is therefore expected to bring much-needed publicity and possibly tourists to the region.

Lapland, meanwhile, has bucked the general trend for visitor numbers because of its investments in international marketing and accessibility from Central Europe.

Finland and the Nordics were confident during the pandemic that short-haul tourism would increase once travel restrictions had been lifted. Finland had high hopes particularly when it came to the markets of Germany, Great Britain, Italy, Spain and the Netherlands. Denmark is the only Nordic country that has met its goals for short-haul tourism, having attracted visitors especially from Germany.

Visit Finland has estimated that Finland lost 12 billion euros in tourism revenue during the pandemic, including eight billion euros from international visitors. Tourism makes up 2.7 per cent of the country’s gross domestic product.

“We could increase tourism revenue by up to a billion euros a year if we reached the same level as other Nordics,” said Hietasaari.