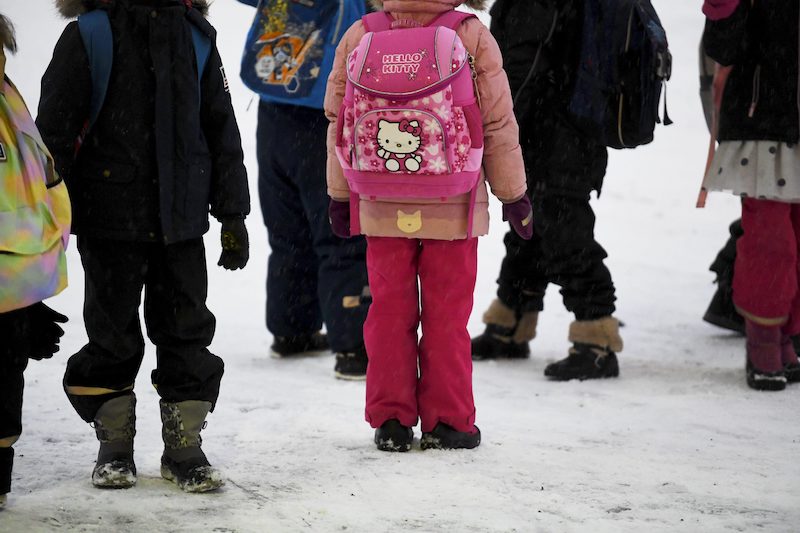 In October and November, the cities of Espoo, Helsinki, Kauniainen and Vantaa organised a joint client survey for the guardians of children in municipal and private early childhood education and pre-primary education.

The guardians of children attending early childhood education and pre-primary education are mainly very satisfied with the education services provided in the capital region.

This is shown by the results of the joint municipal survey.

The survey was available in seven languages: Finnish, Swedish, English, Estonian, Russian, Arabic and Somali. Innolink Oy was responsible for the technical implementation of the survey. A total of 17,374 respondents took part in the survey.

"The response rate and the number of respondents increased from the previous survey in all municipalities, which makes me very happy. I want to thank all children and guardians who took the time to take the survey. It provides us with valuable information," says Virpi Mattila, the City of Espoo's Director of Early Childhood Education.

In the survey, guardians assessed statements concerning early childhood education on a scale of 1 to 7, in which scores 1–3 are negative, 4 is neutral and 5–7 are positive.

Among the guardians who responded to the survey, 92% feel that their child's safety and wellbeing are well looked after at the early childhood education or pre-primary education unit.

Based on the survey results, capital region guardians are almost as satisfied with early childhood education and pre-primary education as they were at the time of the previous survey in 2020.

Based on the results, guardians are still very satisfied with their children's early childhood education and pre-primary education. There was a slight decline in the results with regard to individual statements (change in the average –0.1) in comparison with the previous survey in 2020, but the overall results have remained very good.

According to Miia Kemppi, Head of Early Childhood Education at the City of Helsinki, good work and successes in the sector do not always gain public visibility.

"It is important that we discuss the development needs, but we should also keep in mind that the big picture is more varied. In the future, we need to communicate more actively about the long-term development and successes in the sector, also externally, to give people a wider understanding of early childhood education," Miia Kemppi says.

Children's inclusion must be developed

This was the second survey in which some of the questions were also aimed at children. For example, children were asked what they like and dislike about early childhood education. Children's favourite things are friends and play, while they do not like bullying, hitting, pushing or naptime.

According to guardians, the area that needs to be developed the most is children's opportunities to influence early childhood education activities (average score 5.3 on a scale of 1–7).

"A person's growth into an active citizen starts at an early age. When a child's opinion is taken into account, they feel that they are able to influence their own life and environment. Listening to children requires sensitivity and professional skills from us adults," says Katjamaria Halme, Development Manager of Early Childhood Education at the City of Vantaa.

The plan is to conduct the next client survey in 2024.