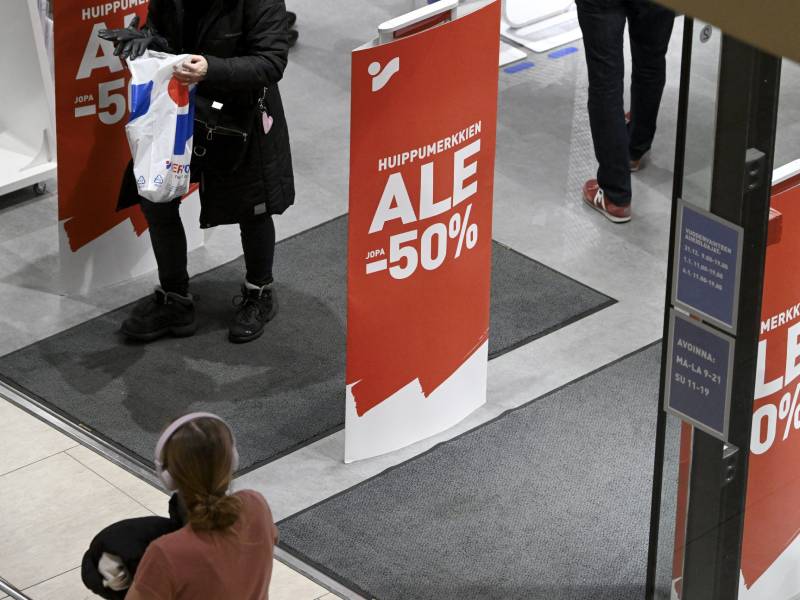 Shoppers in the Mall of Tripla in Helsinki on 27 December 2022. Three-quarters of Finns say they could halve their consumption of personal commodities, such as clothes, to make a positive contribution to the climate, shows a survey by Finnish Business and Policy Forum (Eva). (Markku Ulander – Lehtikuva)

PUBLIC CONCERNS about the climate crisis have abated slightly in the past year, reveals a value and attitude survey commissioned by Finnish Business and Policy Forum (Eva).

Eva on Tuesday reported that two-thirds (66%) of the survey respondents regard climate change as the greatest environmental threat of our time that will require effective actions from all countries around the world.

The share represents a decline of five percentage points from one year earlier and one of 20 points from the all-time high of 86 per cent measured in 2006.

The survey found that views on the climate crisis have become politicised, with 44 per cent of respondents expressing their support and another 44 per cent their opposition to the idea of suspending climate action due to the energy crisis.

Finns are increasingly ready to make climate-friendly choices in their daily lives, the survey also found.

Over a third (36%) of respondents told that they could give up on personal car use entirely and less than a quarter that they could move to a smaller house to make a positive contribution to the climate.

Conducted by Taloustutkimus in October, the survey consists of responses from 2,088 people.