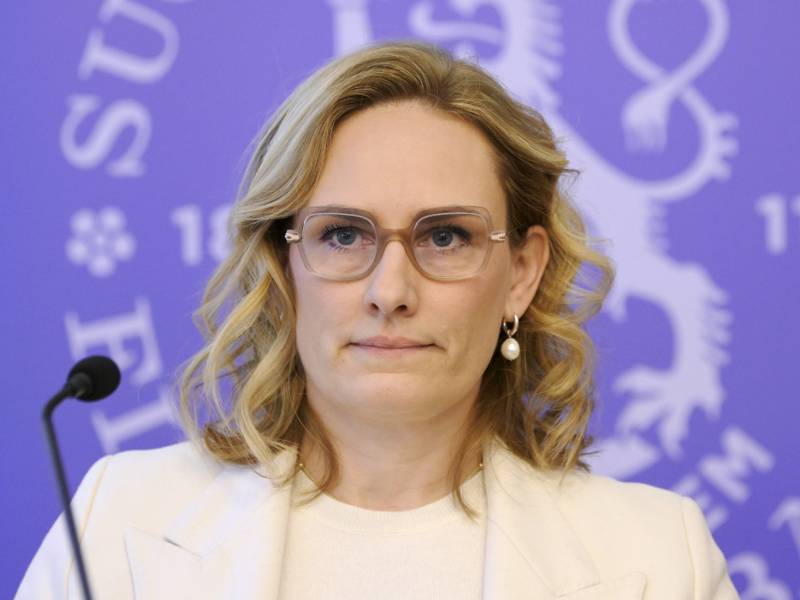 Meri Obstbaum, the head of forecasting at the Bank of Finland, talked about the outlook for the Finnish economy at a press conference in Helsinki on 16 December 2022. The Bank of Finland is forecasting that the national economy will contract by half a per cent year-on-year in 2023. (Markku Ulander – Lehtikuva)

THE MINISTRY of Finance says the Finnish economy will slide into a recession in early 2023.

The economy, however, will not rebound to the growth trajectory that was expected before the Russian invasion of Ukraine.

“We do expect that inflation will slow down markedly during the course of next year and that consumption will recover in 2024,” Janne Huovari, a financial advisor at the Ministry of Finance, was quoted saying at a press conference in Helsinki on 20 December by Helsingin Sanomat.

The surge in consumer prices is forecast to slow from around seven per cent this year to four per cent next year, as a consequence of raw material prices settling at more reasonable levels and the pandemic-induced bottlenecks in supply chains easing. In 2024 and 2025, consumer prices are expected to rise by roughly two per cent.

The Ministry of Finance said public debt as a proportion of gross domestic product will decrease this year by almost a percentage point to 71.7 per cent. The decrease is attributable to the injection of tax revenue provided by robust economic growth and solid employment situation, explained financial advisor Jenni Pääkkönen.

Factors such as the imbalance of public revenue and expenditures caused by population ageing, though, will start gnawing away at the debt ratio as of next year, pushing it to roughly 75 per cent in 2024.

Mikko Spolander, the director general at the Ministry of Finance, said Finland sliding into recession is not as big a concern as the economy becoming mired on a downward track for a long period.

“Demand for welfare services is increasing, but the number of workers isn’t. There’s substantial demand for skilled labour in health and well-being services and broadly also in other sectors of the economy. Economic resources are additionally moving from stagnant sectors to growth sectors slower than in other Nordic countries, and productivity is improving slower than in these peer countries,” he was quoted saying at the press conference by Helsingin Sanomat.

The Bank of Finland on 16 December said also it expects the national economy to slide into a recession due to the energy crisis and rapid increase in the cost of living. Finland’s gross domestic product, it estimated, will contract by 0.5 per cent in 2023 but grow by 1.1 per cent in 2024 and 1.5 per cent in 2025.

The monetary authority expects consumer prices to rise by five per cent next year before settling at roughly two per cent for 2024–2025.

High inflation is gnawing away at not only the purchasing power of consumers, but also business and consumer confidence in the economy. The economic uncertainty, muted economic outlook and soaring cost of financing will make businesses very cautious in regards to investment decisions.

The Bank of Finland added that Russia’s invasion of Ukraine could at worst cause the Finnish economy to contract by 3.6 per cent in 2023.

Its more optimistic baseline forecast, however, highlighted the gradual easing of raw material and component shortages, as well as disruptions in global freight traffic.

“As inflation slows down, households’ purchasing power will improve and economic uncertainty will dissolve. It’ll give a boost to consumption and consolidate the growth preconditions of the economy,” told Obstbaum.