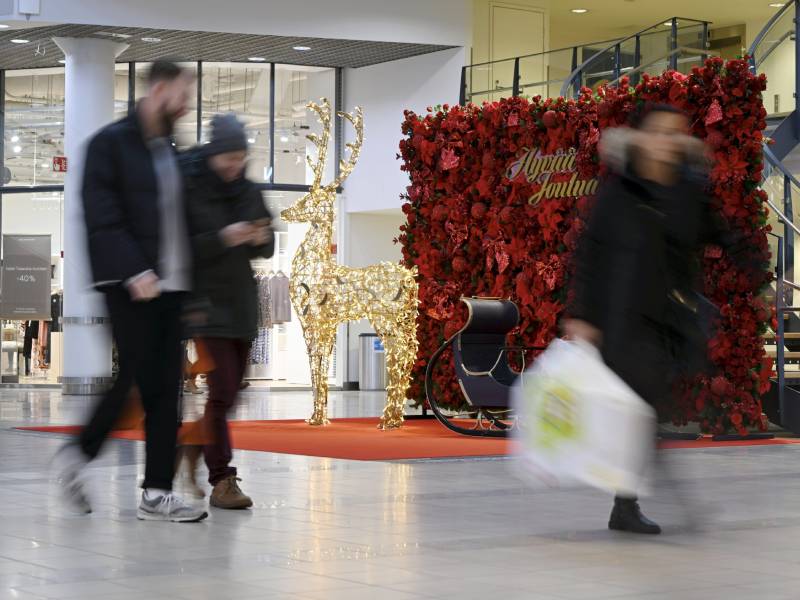 CONSUMER CONFIDENCE in Finland has continued to erode.

Statistics Finland on Tuesday reported that its consumer confidence indicator fell to its lowest ever reading of -18.5 this month as consumers revised down their views about their personal economic situation and economic outlook.

The indicator had hit its previous low point in September.

The survey data also reveals that consumers are unprecedentedly cautious about buying durable goods and taking out loans, be it for a car or house.

Pertti Kangassalo, a senior statistician at Statistics Finland, told YLE on Tuesday that the reasons are obvious: the energy crisis, rapid inflation and rising interest rates have combined to dampen consumer confidence.

Kangassalo, who has monitored consumer sentiment in the country for a quarter of a century, admitted to being surprised by the extent of pessimism among consumers. “It’s been a long time since I was surprised by anything,” he commented to the public broadcasting company. “This is the first time in this survey’s history when it feels that consumers are exaggerating the trajectory of the economy.”

One of the key takeaways for him is that also young people are uncharacteristically pessimistic about the economy.

“Young people have always had a more optimistic view than older folk of their own and the Finnish economy. Right now the reasons for economic uncertainty, such as price hikes, are so concrete that they’re hitting also young people pretty hard,” he analysed.

Terhi-Anna Wilska, a professor of sociology focusing on consumption at the University of Jyväskylä, viewed that the eroding consumer confidence is partly attributable to media reporting.

She pointed out that also consumers who have no mortgage obligations and who have not been affected severely by the rising electricity prices are cutting back on spending. “However, as long as people have jobs, the situation is in no ways hopeless,” reminded Wilska.

Kangassalo similarly called attention to consumer views about their own employment prospects. “Finns estimate that nothing too dramatic is in sight when it comes to unemployment or employment,” he summed up.

The Confederation of Finnish Industries (EK) on Tuesday reported that the erosion of business confidence came to a stop in December.

Sami Pakarinen, the director general of EK, said the development is attributable to growing confidence in the service sector. “Manufacturing trod water, while there was some decline in construction. The largest drop was recorded in retail trade,” he said.