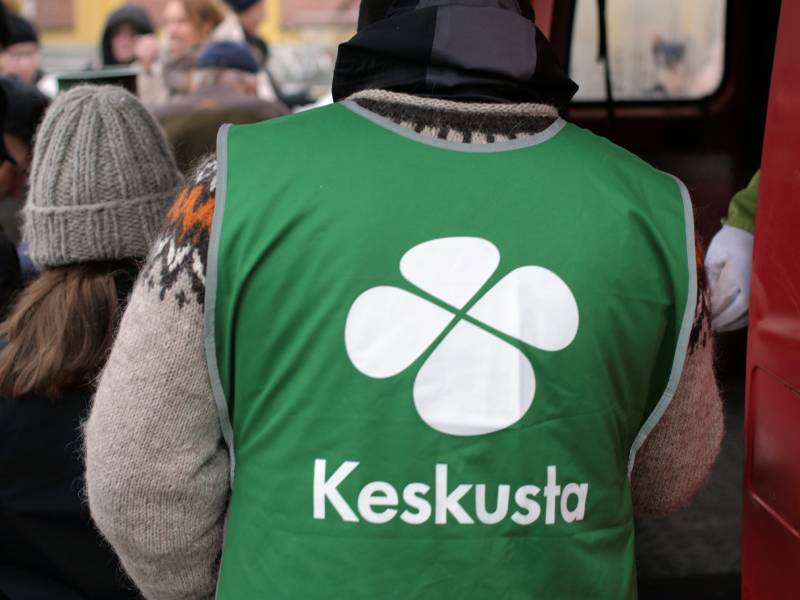 Representatives of the Centre Party met with the public at the market square in Kuopio on 26 November 2022. The Centre sparked controversy earlier this week by allying with opposition parties to effectively force revisions to a government bill it had earlier approved for a new nature conservation act. (Lassi Lapintie – Lehtikuva)

THE CENTRE PARTY insisted on revising the government bill for a new nature conservation act partly because of a calculation sketched during a meeting by an official at the Ministry of Agriculture and Forestry, reveals Helsingin Sanomat.

The newspaper discovered in trying to verify the calculation that no digital or physical copies of it exist.

Vilppu Talvitie, a ministerial advisor at the Ministry of Agriculture and Forestry, told Helsingin Sanomat on Thursday that he calculated the land area that would be designated as vulnerable natural habitats under the act while preparing for the task force meeting. While he wrote down the calculation during the meeting on the agenda document, the document has since been sent to paper recycling.

“I didn’t do a separate written calculation, but I made the calculation to the best of my ability,” he said.

Talvitie added that he calculated the total land area based on the answers he received from members of a working group drafting the nature conservation act both face to face and on Teams.

Designating a habitat as vulnerable does not equate to it being protected.

Helsingin Sanomat reported a day earlier that the Centre withdrew its support for the government bill – which it had signed off on in the spring – partly based on an estimate issued by Talvitie on behalf of the Ministry of Agriculture and Forestry.

“According to the Ministry of Agriculture and Forestry’s estimate, the land area of the natural habitats that would be designated as vulnerable is over two million hectares and the area is largely in forestry use. The Ministry of Agriculture and Forestry notes that the bill is associated with a significant risk that the areas to be designated as vulnerable natural habitats will effectively be excluded from economic use because commercial timber procurers would presumably not procure timber from such areas,” the estimate read according to the newspaper.

The Centre on Tuesday sided with the opposition parties to devise a counter-proposal that did away with two provisions in the bill dealing with vulnerable habitats and their role in decision making. The counter proposal won the support of 9 of 17 members of the Parliament’s Environment Committee.

Members of the Finnish Parliament are to vote on the revised bill next week.

The ruling party justified its turnabout with concerns about the ability of forest owners to sell timber from areas containing vulnerable habitats.

The government bill had already been amended at the insistence of the agrarian centre-right party to state that the decree on vulnerable natural habitats issued under the conservation act would cause no direct legal repercussions for citizens or legal entities.

Helsingin Sanomat on Thursday wrote that although the lack of hard copies of the calculation and underlying data makes it difficult to evaluate the calculation, the claim that the two million hectares of vulnerable habitats are largely in forestry use is questionable. Talvitie, the paper highlighted, had calculated that there are about 1.5 million hectares of vulnerable forest-like habitats.

“I’m not an ecologist but an administrative lawyer,” he retorted to the newspaper.

Talvitie also revealed that his assumption that forest industry companies would hesitate to procure timber from forests that include vulnerable habitats was based on discussions with various industry stakeholders.

“I can’t give an exact answer. The issue came up in different discussions I had over the past year. I didn’t come up with this by myself, but I got the impression through discussions with several people,” he said.

The Green League, in particular, has expressed its exasperation with the Centre Party. Minister of the Interior Krista Mikkonen (Greens) on Thursday said the Centre is simply wrong in alleging that listing vulnerable habitats in the conservation act would infringe on the right of land owners to use their lands.

“We looked at the issue in the government last spring, and also the Constitutional Law Committee didn’t see this kind of a problem in the act. It’s frustrating that false information is spreading,” she tweeted.