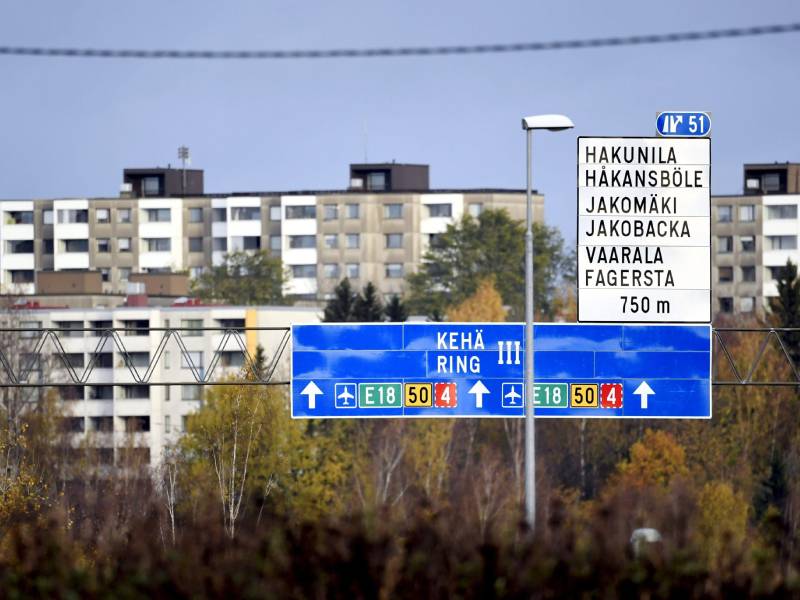 THE PROPERTY MARKET in Finland has continued to cool down rapidly.

Statistics Finland on Wednesday reported that the number of old dwellings in blocks of flats and terraced houses sold with the help of real estate agencies decreased by 29 per cent year-on-year in October.

The Bank of Finland, meanwhile, released its latest dataset on housing loan drawdowns, revealing that the drawdowns of new housing loans amounted to 1.3 billion euros in October, marking a drop of roughly one-third from the previous year and a new low for the month of October since 2004.

Juhana Brotherus, the chief economist at the Mortage Society of Finland (Hypo), highlighted to Helsingin Sanomat that the value of drawdowns was higher even in October 2008 and 2009, amid the global financial crisis triggered by the collapse of Lehman Brothers.

Housing loans have thus far caused only little problems for lenders, according to the Bank of Finland. Non-performing loans – loans on which the borrower has failed to make scheduled re-payments for 90 days or is assessed to be unable to fulfil the loan – accounted for only 1.4 per cent of the total housing loan stock in October.

OP Financial Group on Monday warned that Euribor rates could rise by another percentage point to nearly four per cent – to their highest level since early December 2008.

Brotherus of Hypo estimated that the burden on lenders could increase if the employment situation takes a turn for the worse.

“The inactivity at loan counters applies to new housing loan borrowers. Existing borrowers seem to be able to manage with the regular re-payment schedule, as they should given the current interest rates and full employment,” he said to Helsingin Sanomat.

He added that it is unlikely that the market will rebound even slightly in the coming months, with both house sales and housing loan drawdowns on the decline.

“In November, the signs are just as muted as they were in October.”

Brotherus reminded that a slowdown in sales and loan drawdowns typically translates to a fall in property prices. The prices of old dwellings in housing companies decreased by 1.9 per cent year-on-year in Finland in October. The decrease stood at 2.5 per cent in the six largest cities and at 3.3 per cent in the capital region.

Hypo in November predicted that house prices will decrease by around two per cent in Finland in 2023, including by three per cent in Greater Helsinki.

“There are presently no signs of an immediate turnaround on the horizon. Sales activity will remain low, loan counters will remain quiet and the decrease in house prices is hardly over,” predicted Brotherus.