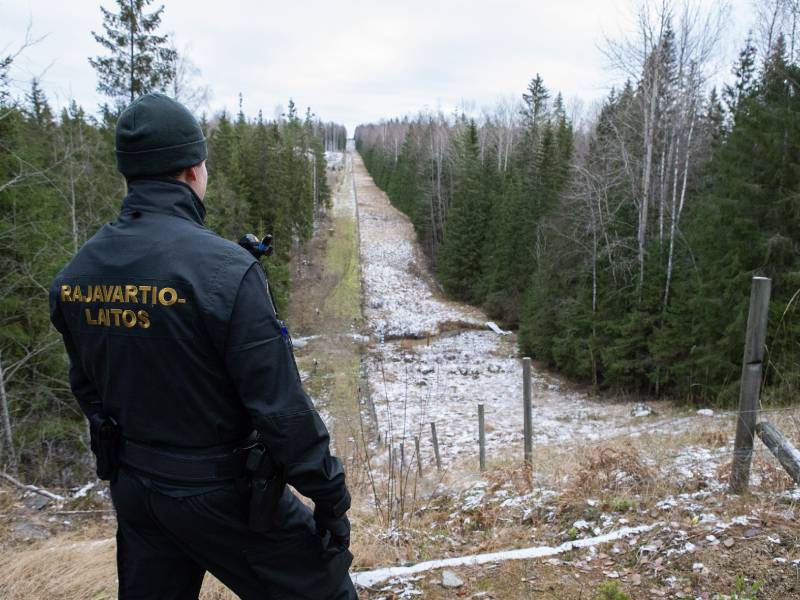 A border official looked at the site of an upcoming fence on the border between Finland and Russia in Imatra, Southeast Finland, on 18 November 2022. YLE on Tuesday reported that many Russians are believed to have overstayed their visa after fleeing military call-ups to the Schengen Area. (Lauri Heino – Str / Lehtikuva)

SOME OF THE THOUSANDS of Russians who rushed into Finland as rumours of a military call-up became reality earlier this autumn have stayed unlawfully in the Schengen Area, writes YLE.

Matti Pitkäniitty, the director of international affairs at the Finnish Border Guard, on Tuesday stated to the public broadcasting company that he believes “thousands” of Russians remain in the Schengen Area.

“We have only a hunch about how many people enter the area lawfully but fail to leave it. It raises question marks about how much undocumented labour we have because of this,” he commented.

Officials presently use stamps in passports to determine the duration of stay, but the stamps are being forged in an attempt to prevent the detection of overstay. The number of such cases has increased significantly this autumn at border-crossing points in Southeast Finland.

“A person may have crossed the border into Finland in Vaalimaa, obtained a forged departure stamp and a forged arrival stamp from let’s say Madrid. And then they try to leave the country from Vaalimaa,” Mika Vilkko, an official at the Southeast Finland Border Guard District, described how such cases are typically detected to YLE.

The district alone is currently investigating 88 cases of suspected forgery related to residence permits. Overall almost 350 stamp forgeries have been detected this year, a manifold increase from earlier years.

“Many people are trying to cheat right now because living in Russia has become more difficult for many,” said Pitkäniitty.