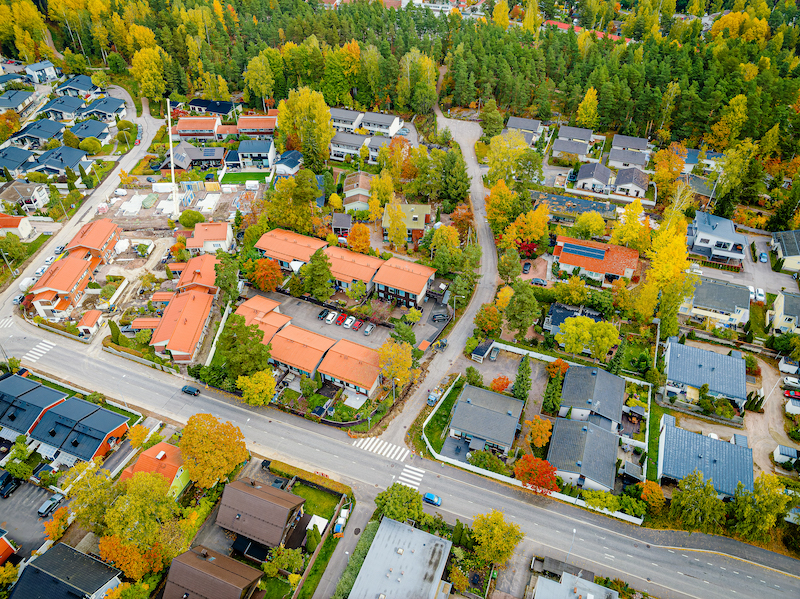 A clear majority (70 %) of Finns say that they have not considered the environmental effects of their internet use at all. Changing internet subscriptions or limiting one’s use of the internet for environmental reasons is also rare, and the advantages of different network connections are not yet known very well, according to a survey published today by Valokuitunen Oy.

In many respects, Finns are environmentally aware, but few have considered the environmental burden of different internet connections.

According to a recent study by Traficom (Finnish Transport and Communications Agency), data transfer in a mobile network consumes more energy than in a fixed network.

- Although we Finns are environmentally aware in many matters, this is not one of them. Each one of us should start paying attention to how much our own telecommunication solutions burden the environment, and consider green choices. One reason might be that there is not yet enough information available about the impact of network connections on nature, says Heikki Kaunisto, CEO of Valokuitunen.

According to the survey, only one in ten has considered changing their internet subscription to a more environmentally friendly alternative. However, young people (18–29 years old) are an exception. As many as one in six (17 %) has considered it.

According to the survey, Finns value a good internet connection at home. Almost all of the respondents (97 %) thought so, and a clear majority (71 %) of Finns consider it very important. When ranking different connections, approximately two out of five (37 %) considered optical fiber to be the best internet solution. Preference for other connection types is about 20 percentage points lower. About one in six considered 5G and mobile 4G internet connections the best.

Although optical fiber is considered the best connection at home, its benefits are not widely known. A quarter (24 %) of those who took part in the survey say that they have no knowledge or have not even heard of a fiber optic connection. According to the survey, men are more aware of the benefits of optical fiber than women.

- People have realized that the internet is just as important at home as electricity and water. Services are moving online, and one cannot manage without a reliable connection anymore. Although all studies prove that optical fiber is the best fixed connection at the moment, not everyone is familiar with it, says Kaunisto.

The survey showed that Finns are interested in a good fiber connection. Of those respondents who do not have a fiber optic connection at home, 44 percent would be interested in getting one.

The survey also asked about the most important criteria for purchasing a fiber optic connection.

Clear contract terms emerged as the most important thing (43 %). Effortlessness, delivery reliability and avoiding commitment to long-term contracts are important factors to about one third of the respondents. According to the survey, the majority of Finns would choose an open network connection, where installation is more expensive, but one can shop around for internet providers and there is no need to commit to the same company for both network and services for decades to come. A quarter was unable to take a stand on this matter.

- The consumer must be able to trust that his purchase decision is based on clear facts instead of empty marketing promises. In other words, contractual terms, the ease of ordering and delivery reliability must be as clear as possible. The survey also verifies what practice has already shown us: Finns would rather pay for installation in a network where they can shop around for internet providers than commit to just one operator for decades. There are no free lunches, so no use selling them to anyone either, Kaunisto states.

Valokuitunen has invested almost 50 million euros in new fiber optic connections in Finland in 2022. There are already more than a hundred thousand households around Finland covered by Valokuitunen’s optical fiber networks, and in 2023 the goal is to double the number.

The survey was carried out by YouGov Finland on 21.10.–24.10.2022 and commissioned by Valokuitunen. In total 1003 respondents participated in the survey. The survey sample corresponds to adult Finns, and the respondent group was weighted to represent the Finnish adult population according to age (18+), gender and place of residence. In the overall results, the average margin of error is approximately ±3% in each direction (at a 95% confidence level).

* Climate and Environmental Strategy for the ICT Sector, Ministry of Transport and Communications 2021.