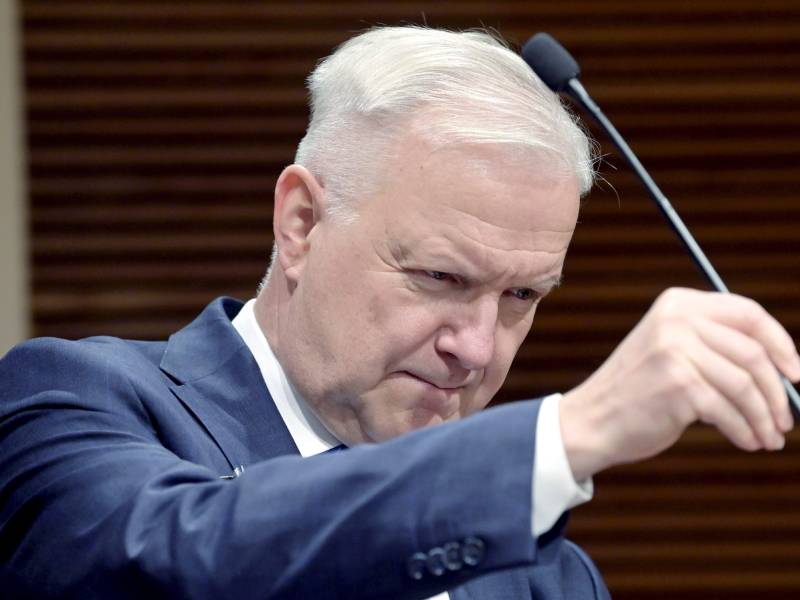 Governor of the Bank of Finland Olli Rehn adjusted a microphone during a public hearing at the Parliament’s Commerce Committee in Helsinki on Tuesday, 22 November 2022. Rehn said the exacerbation of the energy crisis has increased the risk of recession in the eurozone but played down fears of a major collapse in Finland. (Jussi Nukari – Lehtikuva)

THE EUROZONE is at risk of sliding into a recession the severity of which will be determined largely by the energy crisis and solutions adopted to alleviate it, estimates Olli Rehn, the governor of the Bank of Finland.

Rehn on Tuesday reminded in the Parliament House that consumer prices in the eurozone have risen particularly steeply, with energy prices accounting directly for almost half of the overall inflation.

“Energy becoming more expensive has also raised food prices. Food price increases affect all citizens but especially low-income citizens, for whom the food bill gobbles up a lion’s share of their income,” he was quoted saying during a public hearing at the Parliament’s Commerce Committee by Helsingin Sanomat.

Eurostat has reported that consumer prices in the area were 10.6 per cent higher than last year in October.

The European Central Bank (ECB) has raised its reference rates repeatedly this year in an attempt to rein in inflation. Although monetary policy can only have a limited impact on energy prices, policy actions are necessary in response to the surge in consumer prices in general, according to Rehn. By tightening monetary policy, the central bank is seeking to avoid a wage-price spiral, for example.

Also Finland should prepare for a recession, even though it is likely to be a nuisance rather than a major collapse in the country, he said.

“The international economic situation has deteriorated as a result of this war and energy crisis. Also the Finnish economy will reflect that and it’s be advisable to prepare for that,” explained Rehn.

“At this moment we aren’t talking about a deep collapse but rather a mild recession, which will certainly be a nuisance but one we can withstand mostly because of the solid employment development,” he added in an interview with YLE.

Employment growth, though, should no longer be viewed as a given as the probability of a recession increases.

Rehn also expressed his hope that fiscal and monetary policy be aligned to curb rather than fuel inflation. The International Monetary Fund (IMF) last week urged the Finnish government to revert its fiscal stimulus to slow down the accumulation debt and not contribute to the inflationary pressures.

“The mission recommends reversing the fiscal impulse next year, partly by better targeting energy support measures. This should be followed by a gradual, but well-defined and well-communicated medium-term consolidation plan based on measures identified in the comprehensive spending and tax reviews,” its concluding statement read.

“Structural reforms to boost long-term growth remain a priority, including changes to the collective bargaining system that would facilitate adjustment to shocks and retain a sufficient degree of coordination to safeguard competitiveness.”