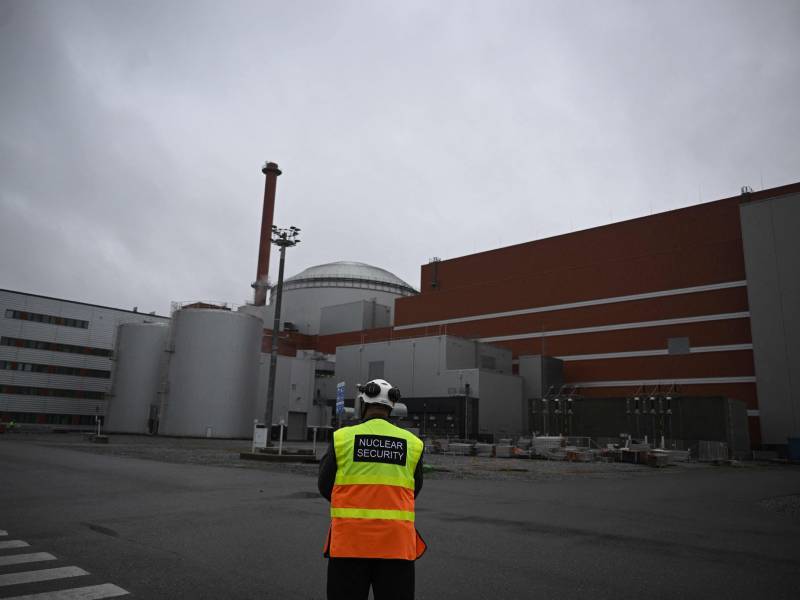 A nuclear security agent stands outside the third reactor unit of Olkiluoto Nuclear Power Plant in Eurajoki, western Finland, on 5 October 2022. The reactor is not expected to start regular electricity production until late January, according to Teollisuuden Voima (TVO). (Olivier Morin – AFP / Lehtikuva)

TVO on Monday said the investigation into the damage in the feedwater pumps of the unit will continue for another couple of weeks, with the possible impact on the start-up schedule to be announced as soon as the investigation has been wrapped up.

Information from Areva-Siemens, the supplier of the reactor unit, indicates that electricity generation could be resumed on a trial basis no earlier than on 11 December. This would make it possible to proceed to regular generation no earlier than in late January.

Inspectors are presently carrying out a more detailed investigation and analysing the cause of the cracks detected during regular maintenance in each of the four impellers of the pumps on the turbine island, according to TVO. The plant operator added that it is actively taking part in the investigation and reiterated that the damage has no impact on nuclear safety.

The third reactor was originally scheduled to be commissioned in 2010, but the start-up date has been pushed back roughly 20 times over a variety of complications, including updated safety standards and a legal dispute over compensation for the delays.

With an estimated cost of 11 billion euros, the project ranks as the world’s eighth most expensive construction project, according to STT.