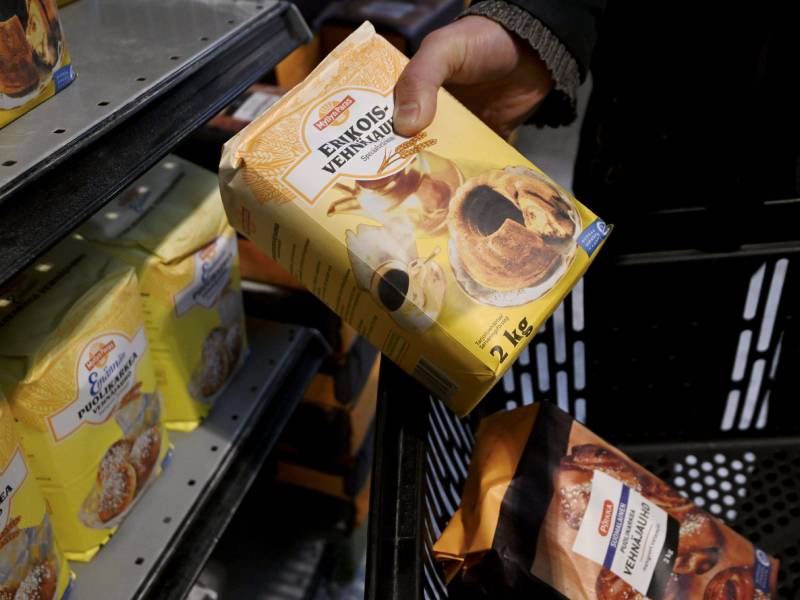 A person holding a bag of flour in a grocery shop in Helsinki on Monday, 14 November 2022. Flour prices increased by almost 47 per cent between October 2021 and October 2022. (Markku Ulander – Lehtikuva)

INFLATION in Finland accelerated by 0.2 percentage points from the previous month to 8.3 per cent in October, according to Statistics Finland.

The average interest rates on both housing and consumer loans more than earlier, the former by 67 per cent and the latter by 24 per cent from the previous year.

Kristiina Nieminen, a senior statistician at Statistics Finland, reminded that interest rates were expected to rise as a consequence of the reference rate hikes introduced by the European Central Bank (ECB). “It is nevertheless good to bear in mind that interest rates remain relatively low,” she added.

The rise in housing loan rates accounted for around 0.5 points of inflation in October, estimated Hannu Nummiaro, an economist at Lähi-Tapiola. “Technically monetary policy first slightly increases [inflation] before decreasing it by curbing overall demand,” he explained on Twitter.

The main factor holding back inflation was a 3.2-per-cent drop in the prices of non-prescription drugs, according to Statistics Finland. Only 20 commodities, though, saw their prices decrease from the previous year in October.

Helsingin Sanomat on Monday wrote that food prices continued to rise rapidly in October, standing almost 15.9 per cent higher than in October 2021. Food prices are presently rising at a rate that is by far the fastest in the 2000s and unprecedented since the energy crisis of the 1970s and early 1980s, told Nieminen.

Jukka Appelqvist, the chief economist at Finland Chamber of Commerce, drew attention to the 15.7-per-cent increase witnessed over the past year in the prices of food and non-alcoholic beverages. The most alarming aspect of the inflation data is that consumer prices are continuing to climb across commodity categories.

He predicted that food and electricity will continue accelerating inflation for several months to come, with no signs of a slowdown in sight.

“Even though petrol prices have decreased significantly from the peak we saw last summer, they have been replaced by other chronic drivers of inflation that will not give in any time soon,” analysed Appelqvist.

The so-called core inflation – that is, price increase for goods and services excluding food and energy – stood at 5.1 per cent in October.

“A high core inflation is indicative of broad-based price pressures – namely that price increases have taken root relatively deep in the economic system and that they are no longer explained by any single factor or small commodity group,” he said.