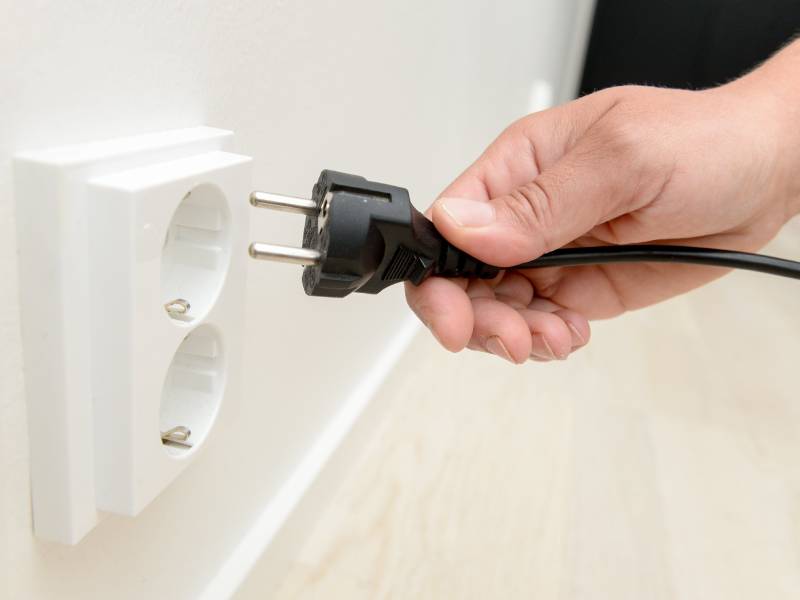 A person removed a plug from an outlet in Espoo on 15 July 2022. The cost and sufficiency of energy is among the foremost concerns for Finns, reveals a survey commissioned by the Foundation for Municipal Development (KAKS). (Mikko Stig – Lehtikuva)

OVER 80 PER CENT of Finns are somewhat or very concerned about inflation, energy prices and the sufficiency of energy supply, reports the Foundation for Municipal Development (KAKS).

More than two-thirds voiced their concern about the national debt burden (71%) and the possibility of recession (67%). Growing unemployment (62%), rising interest rates (60%) and the consequences of climate change (59%) were the least commonly selected options in the survey.

The responses varied to some extent depending on factors such as age, gender and educational background, according to KAKS.

Women, it reported, were more concerned than men especially about the sufficiency of social and health care services, the consequences of climate change and the military actions of Russia. The national debt burden, in turn, was basically the only factor to cause more anxiety among men than women.

The debt burden caused less concerns than average among 18–30-year-old respondents. Concerns about Russia’s military actions, meanwhile, increased parallel with the age of respondents, with almost 90 per cent of over 60-year-olds expressing their anxiety about the actions.

More than two-thirds of highly educated respondents were somewhat or very concerned about the consequences of climate change, compared to roughly a half of people with no post-basic education qualifications.

Kantar TNS interviewed 1,010 people for the survey on 1–5 October.