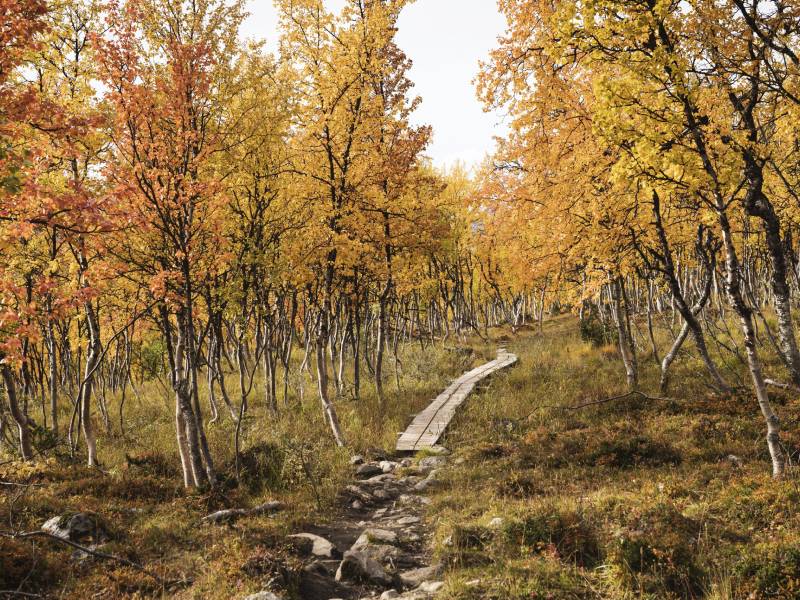 Autumn colours in a nature reserve in Finnish Lapland on 14 September 2021. The Ministry of Agriculture and Forestry has published its proposal for a new forest strategy that would steer forest policy-making between 2025 and 2035. (Roni Rekomaa – Lehtikuva)

THE MINISTRY of Agriculture and Forestry has unveiled its proposal for a new 10-year national forest strategy.

The strategy is an attempt to commingle the views of stakeholders ranging from forest owners; the forest industry, its employers and employees; and environmental groups. The strategy is fairly vague, failing to both set any targets for the oft-debated issue of logging volumes and adopt a clear stance on controversial practices such as clear cutting.

The Ministry of Agriculture and Forestry pointed out that the strategy renewal is underlain by an operating environment that is changing rapidly both nationally and internationally, with goals for self-sufficiency and security of supply affecting the forest sector.

Comments on the draft strategy can be submitted until 14 November 2022. The strategy is set to steer forest policy-making in Finland from 2025 to 2035.

Karoliina Niemi, the director of forest affairs at Finnish Forest Industry, viewed that the strategy offers continuity across electoral cycles and lays down commendable goals, but lacks measures that actively improve the competitiveness of the industry.

The strategy, she added, should lay down guidelines for developing the wood market, offer solutions to logistics issues and provide inputs to the newly approved bioeconomy strategy.

“As a third point, I’d call attention to tackling the current backlog in forest management. It should be brought up visibly in the strategy to make sure we have enough raw material to refine,” she said to the public broadcasting company.

Paloma Hannonen, the head of environmental politics at Finnish Association of Nature Conservation (SLL), expressed her disappointment with the way in which diversity is discussed in the draft strategy, viewing that in general the strategy fails to one take step in any direction.

“The underlying assumptions fail to recognise that the forest industry is the single largest threat to the vulnerability of species in Finland, which is a fact based on vulnerability evaluations. That should be the starting point in the area of diversity,” she said.

Committing to the European Union’s biodiversity work would signal a clear improvement in that regard, according to Hannonen.