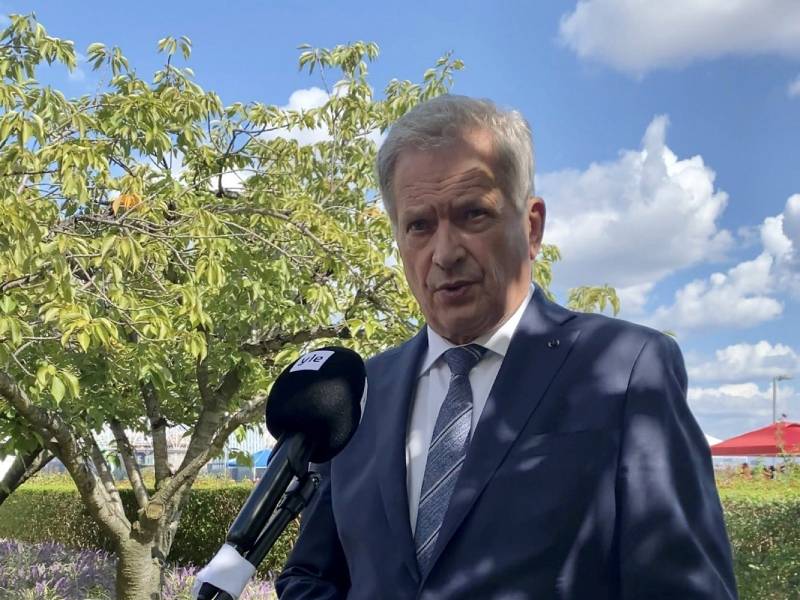 President Sauli Niinistö spoke to Finnish reporters in conjunction with the UN General Meeting in New York City, the US, on 20 September 2022. Niinistö on Wednesday offered his thoughts about the explosions that caused significant damage to the Nord Stream I pipeline in an interview with Helsingin Sanomat. (Kirsti Karttunen – Lehtikuva)

THE SECURITY THREAT across Europe has raised to a new level following the explosions that caused extensive damage to Nord Stream I, an underwater natural gas pipeline connecting Russia and Germany, gauges President Sauli Niinistö.

“In many people’s minds, the threat to their own security or at least their deep concern about it has increased,” he commented to Helsingin Sanomat on Wednesday.

“Security factors in general have re-surfaced everywhere, and not only because of this pipeline. Security-oriented thinking should re-surface more strongly.”

Along with the three leaks detected near Bornholm, a Danish island off the south coast of Sweden, the other major recent development is the partial mobilisation announced by Russian President Vladimir Putin.

The Finnish government is today set to make an in-principle decision that, effectively, will stop the flow of tourists from Russia to Finland. The entry ban will not be justified by the security threat the tourists pose but by the detriment they cause to the international reputation of Finland.

Niinistö on Wednesday declined to comment on whether he believes authorities should re-evaluate the security classification of Russian tourists. “I’ll simply state that I’m under the impression that people’s sense of security has eroded after the events seen in the past couple of weeks,” he stated to the newspaper.

The president said he was surprised by the explosions in the pipeline, adding that he does not recall anyone pointing to the possibility of explosions when talking about security risks linked to the pipeline.

Prime Minister Sanna Marin (SDP) on Wednesday stated in a news conference that the explosions appear to have been intentional in light of all available information, echoing the assessments made by both Denmark and Sweden. It remains unknown who is responsible for the explosions, although many analysts have pointed the finger at Russia.

Niinistö refrained from commenting on the question before the incident has been investigated.

“The old wisdom in international diplomacy is to ask who benefits. It’s difficult to estimate if anyone does. Is it a benefit if you cause more harm to others than yourself? These are questions I can’t directly answer. I think it’s hard to find a person who can tell who loses the most from this. That’s why this is a mystery for the time being.”

“But this does elevate the security threat in any case – as someone must’ve sabotaged it.”

The European Union, he added, will decide on its response to the incident depending on what the investigations uncover.

“Everything depends on what the investigations uncover. Things will change in the sense that as far as I know deliveries will now end at least through these pipelines. I don’t even know how repairable they are.”