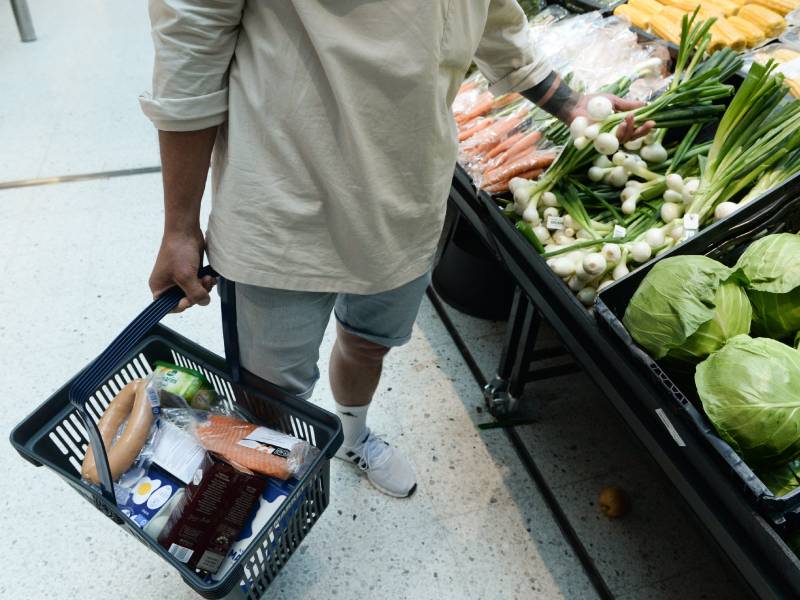 A man holding a bundle of spring onions in a supermarket in Helsinki on 8 July 2022. Pellervo Economic Research (PTT) on Tuesday said vegetable prices will rise notably in the autumn and winter as high electricity prices add to the cost of greenhouse production. (Mikko Stig – Lehtikuva)

PELLERVO Economic Research (PTT) on Tuesday revealed that it expects food prices to continue on a steep upward trajectory in Finland.

The latest forecast by the independent research institute indicates that inflation will accelerate in the coming months, with the prices of cheese, dairy, eggs and meat set to surge by up to 20 per cent in the final few months of the year.

On average, food prices are forecast to increase by 11 per cent in 2022.

“The increases will peak in the coming months, when we will witness months where inflation is as high as 15–20 per cent. Food is a significant driver of general inflation along with energy and interest rates,” told Sari Forsman-Hugg, the research director at PTT.

“This means that we’ll see high price increases over a short period of time in the final parts of this year,” Päivi Kujala, a senior agricultural economist at PTT, summarised for YLE on Tuesday.

Food prices are forecast to continue rising next year, albeit at a slower rate, before starting to decline at the end of the year. The prices will nonetheless remain at an unusually high level, according to PTT.

The production costs of food will simultaneously increase and the profitability of agricultural producers deteriorate.

“The greatest effects will target especially greenhouse production and dairy cattle farms. The increase in costs can undermine the availability of domestic greenhouse products in the winter,” told Pekka Kinnunen, an agricultural economist at PTT.