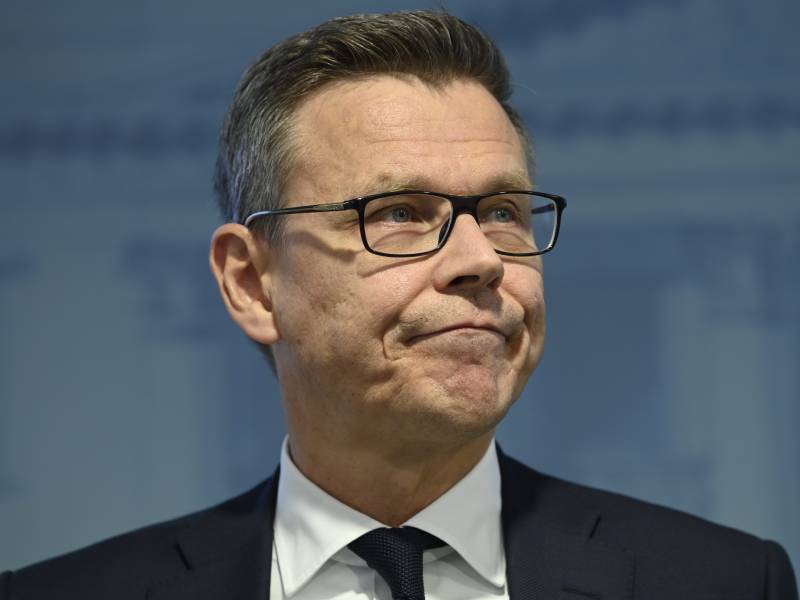 Mikko Spolander, a director general at the Ministry of Finance, reacted at the launch of the ministry’s economic forecast in Helsinki on Monday, 19 September 2022. (Emmi Korhonen – Lehtikuva)

The Ministry of Finance on Monday said the growth of the economy is being inhibited by soaring consumer prices and their detrimental impact on the purchasing power of households. Consumer prices, it told, are expected to rise by an average of 6.5 per cent this year before cooling down in 2023.

The eroding purchasing power and rising interest rates, in turn, are curtailing spending and investments across society.

He pointed out that the year began on a positive note in terms of both the economic and employment situation, with public revenues beating expectations and bringing down deficits.

“As we move toward next year, we’ll be faced with a period of stagnant growth and it’s impossible to rule out the possibility that the economy could drift into a recession. The public economy’s imbalance will start to increase once again,” said Spolander.

The Finnish economy is expected to regain some of the momentum it will lose early next year toward the end of the year, as domestic demand is to recover on the back of slowing inflation and increases in real wages. The purchasing power of households, however, will continue to be negatively impacted by high prices and eroding employment situation.

Domestic investment activity is to remain slow also next year, though, due to a more muted outlook for the entire global economy.

The Ministry of Finance estimated that public finances are not on a sustainable footing in the long term. Jenni Pääkkönen, a senior financial advisor at the Ministry of Finance, on Monday told that forecasts about the public economy entail more risks than usual, including rising interest costs, uncertainties about economic development and contingent government liabilities such as the guarantees offered to energy companies.

Public expenditure may also increase as a result of the care backlog that developed during the coronavirus pandemic.

Pääkkönen pointed to unused appropriations for pandemic-related support mechanisms as a possible positive, however. “If they aren’t used also this year, you’re sort of getting savings against the forecast. This applies only to this year, and we’ll get information on this at the end of the year.”

YLE on Monday highlighted that also other forecasters have revised down their growth forecasts for Finland.

Etla Economic Research on Monday said it expects the national economy to slide into a recession at the end of the year and fail to grow in 2023. Economic growth, it explained, will be inhibited by inflation, tight monetary policy and the ramifications of the war of aggression waged in Ukraine by Russia.