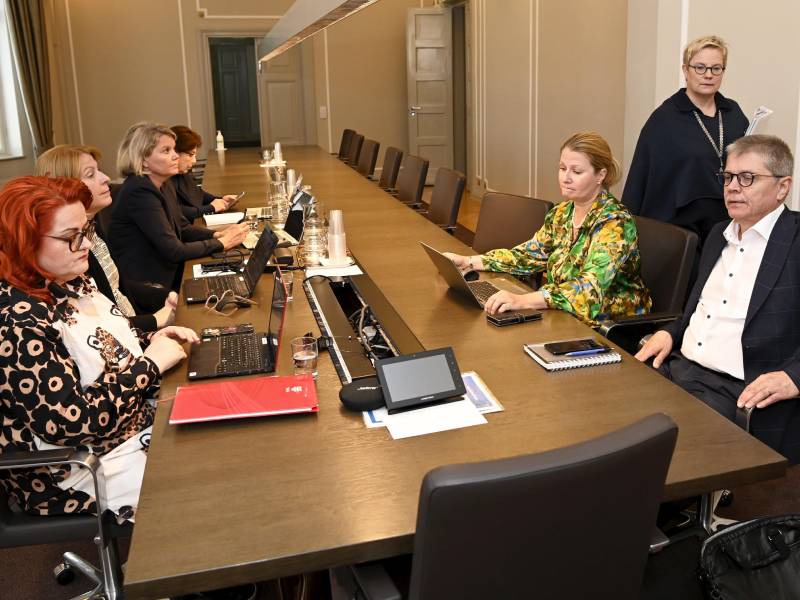 Representatives of the Finnish Union of Practical Nurses (Super), Union of Health and Social Care Professionals (Tehy) and Local and County Government Employers (KT) met at the office of the national conciliator on 31 August 2022. Efforts to resolve the labour dispute, which has seen the two unions announce strikes at intensive care units, are to continue at 9am on Thursday, 15 September 2022. (Vesa Moilanen – Lehtikuva)

THE DISTRICT COURT of Helsinki has issued a provisional injunction on the strikes targeted at intensive care units across Finland by the Finnish Union of Practical Nurses (Super) and the Union of Health and Social Care Professionals in Finland (Tehy), reports YLE.

The injunction had been requested by the hospital districts of Kanta-Häme, North Ostrobothnia and Southwest Finland.

The District Court of Helsinki ordered the unions to refrain from staging the strikes under the threat of a million-euro fine to be imposed on each union for each of the strikes. It also obligated the unions to instruct their members not to follow through with the strike warnings.

The court acknowledged that the cause of the announced industrial actions is acceptable – the pursuit of improved wages – and that economic losses, a common consequence of strikes, alone are not sufficient grounds for restricting the right to strike. It pointed out, however, that is has to also consider the right to life and health afforded under the European Convention on Human Rights.

From that perspective, it ruled, the industrial actions announced by the respondents would be disproportionate and contrary to accepted principles due to their implementation and likely consequences.

The interlocutory judgement was met with relief at the three hospital districts.

“Following the decision we’re able to guarantee intensive care for the patients who need it. We consider it very important that a settlement is reached in this labour dispute as soon as possible,” Mikko Pietilä, the chief administrative physician at Southwest Finland Hospital District, told Helsingin Sanomat on Wednesday.

Super, Tehy and Local and County Government Employers (KT) will resume their efforts to resolve the labour dispute today under the guidance of National Conciliator Anu Sajavaara.

“We’re in a better situation than at the start of the week, but it doesn’t mean that a settlement is right around the corner. This will still require a bit of effort,” she commented to STT on Wednesday.