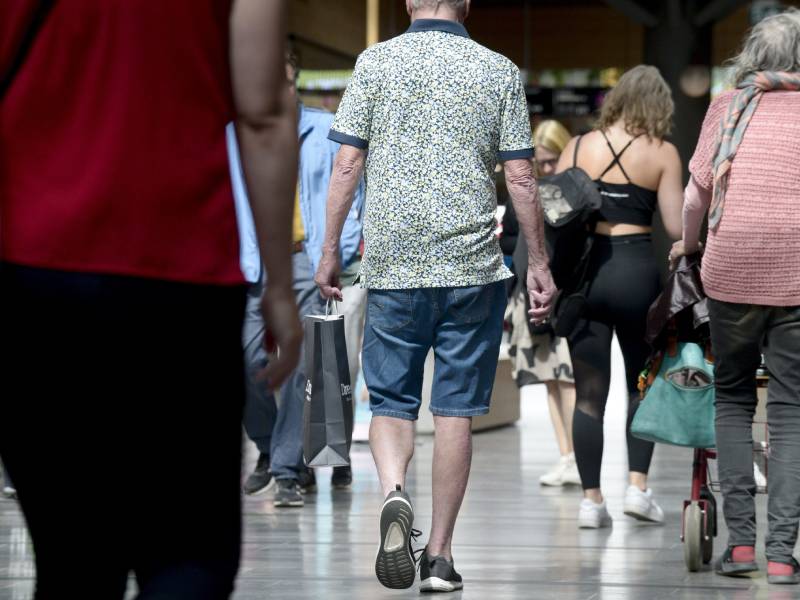 People shopping at shopping centre Iso Omena in Espoo on 28 July 2022. Next winter will be challenging for many households as increases in inflation and interest rates are expected to continue outpacing those in earnings, forecasts Nordea. (Mikko Stig – Lehtikuva)

NORDEA on Wednesday said it has downgraded its economic growth forecast for Finland.

The Finnish economy is presently forecast to grow by 2.5 per cent in 2022 before hitting a standstill in 2023. Finland is nevertheless heading toward the winter from a better economic position than many other countries in Europe.

The outlook has continued to dim due to high inflation, soaring interest rates, the energy crisis in Europe and the coronavirus measures adopted in China.

The purchasing power of households is expected to continue to deteriorate as a result of record-high inflation because only a small share of high energy prices have yet been passed on to consumers and because it will take years to address the problems of the energy sectors in Europe. The European Central Bank (ECB), meanwhile, is scrambling to prevent inflation from spreading to wages and maintain price stability with significant interest rate hikes.

The ECB on Thursday announced its highest interest rate raise ever, lifting its deposit rate from zero to 0.75 per cent and main refinancing rate to 1.25 per cent.

“Very distinct developments are possible going forward. We could end up in an extended spiral of rising prices and wages in the euro area, which will keep interest rates high for a long time,” commented Tuuli Koivu, the chief economist at Nordea.

“On the other hand, we could witness a deep recession soon where the widespread pressure on prices dissipates quickly and stimulus-based fiscal policy is once again needed.”

Driven by service demand and the situation in construction and manufacturing, the Finnish economy has fared reasonably well so far this year despite the Russian invasion of Ukraine. The economic growth, in turn, has elevated employment to a record-high level and rapidly brought down unemployment.

Fuel and electricity prices, however, have been driven up by the energy shortages in Europe. Export industries are stumbling not only because of the high energy prices, but also because demand has decreased as a result of slower economic growth on the continent.

“Investments made in the energy sector toward the green transition are now benefiting the entire society as dependence on increasingly expensive fossil energy has decreased,” said Koivu.

The situation of households will remain challenging this year and next year as increases in inflation and interest rates are expected to continue outpacing those in earnings. The erosion of purchasing power, though, is mitigated to some extent by the savings households built up during the pandemic, the positive employment situation and support schemes launched by the government.

“This winter will mean scarcity for households as, along with interest on housing loans, food and electricity bills will increase. The weak purchasing power of households is already manifested as a decline in goods consumption and weakening demand for real estate, which contributes to slowing construction,” she told.