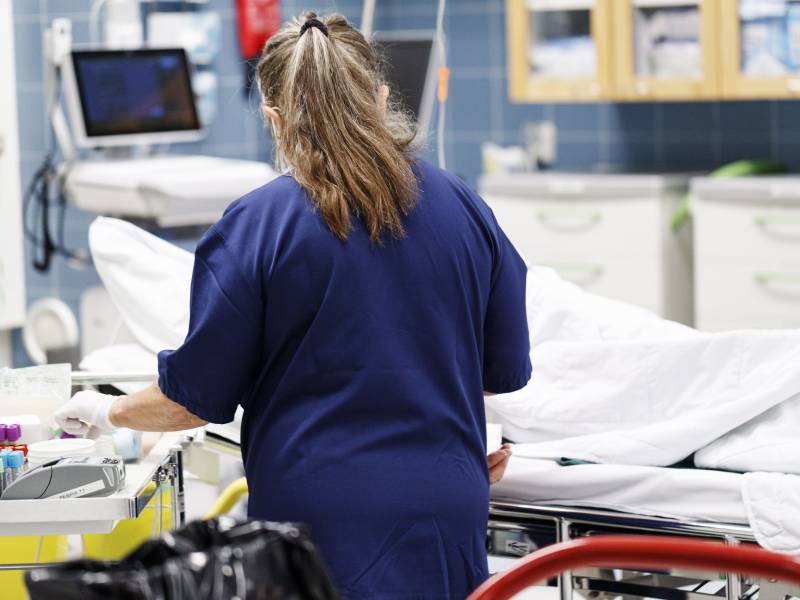 A nurse at work in the acute care unit of Turku Central University Hospital in August 2020. The threat of a four-day nursing strike continues to hang over intensive care at the hospital despite a two-week postponement ordered last week by Minister of Employment Tuula Haatainen (SDP). (Roni Rekomaa – Lehtikuva)

MARKUS HENRIKSSON, the director general of the National Supervisory Authority for Welfare and Health (Valvira), has warned that the looming strikes in intensive care could put the lives of patients at risk.

Henriksson told Helsingin Sanomat last week that he hopes the labour market organisations can find an agreement that ensures the strikes can be avoided.

The Union of Health and Social Care Professionals in Finland (Tehy) and Finnish Union of Practical Nurses (Super) have announced plans to stage four-day strikes in the intensive care units of both Turku University Central Hospital (TYKS) and Oulu University Hospital. The former was originally scheduled to start tomorrow, but last week it was postponed by two weeks by Minister of Employment Tuula Haatainen (SDP). The latter is scheduled to start on Tuesday, 13 September.

“If a patient who needs intensive care doesn’t get intensive care, it’s very probable that they’ll die. Patient rights and patient safety would obviously not be realised in such circumstances. The situation is very serious and unfortunate,” said Henriksson.

“I consider the unions’ goal of fixing wages and working conditions understandable. All of the sector’s pull factors should be strengthened because the nursing shortage is a reality that’s worsening and that poses a threat to patient safety. But I can’t understand the strike threat targeted at intensive care patients – patients who are the most vulnerable.”

Mika Valtonen, the chief physician of intensive care at TYKS, told YLE earlier that patients will die if the strike starts.

Strikes in intensive care units are exceptional. The announced strikes would pose a threat to patient safety particularly if the unions see through their threat of refusing to perform essential duties during the strike.

Local and County Government Employers (KT) has demanded that the government enact a patient safety act that enables regional state administrative agencies to order nurses to work during the strike.

Minister of Family Affairs and Social Services Aki Lindén (SDP) has yet to ask officials to draft the proposal, despite his stated support for the act, according to Helsingin Sanomat.

Henriksson viewed that the act should be considered carefully but reminded that even it could not magically guarantee the realisation of patient safety due to problems associated with delivering orders to staff and ensuring compliance with them.

“It isn’t a straightforward process,” he remarked.

Another disadvantage is that the act would provoke “understandable negative reactions” among staff and could hinder efforts to settle the labour dispute through negotiations.

“Extremely careful consideration will be required to determine whether the advantages of a patient safety act surpass its disadvantages. The Ministry of Social Affairs and Health is responsible for that consideration,” said Henriksson.

The tools of hospital districts to mitigate the effects of the strikes are similarly limited: Patient transfers endanger the lives of patients, particularly in the case of intensive care patients. Physicians likely have neither the time nor the expertise to take over the duties of nurses on strike. Postponing surgeries expected to require intensive care causes risks and suffering to patients.

“Overall the situation is fraught,” he summarised.

Henriksson underlined that he does not want to side with either the employers or employees in the labour market dispute, adding that an agreement on wages should be found by the actual parties to the dispute. He is, though, concerned that the protracted dispute will dent the appeal of the sector further.

“It’d be very important to find an agreement as soon as possible,” he said.