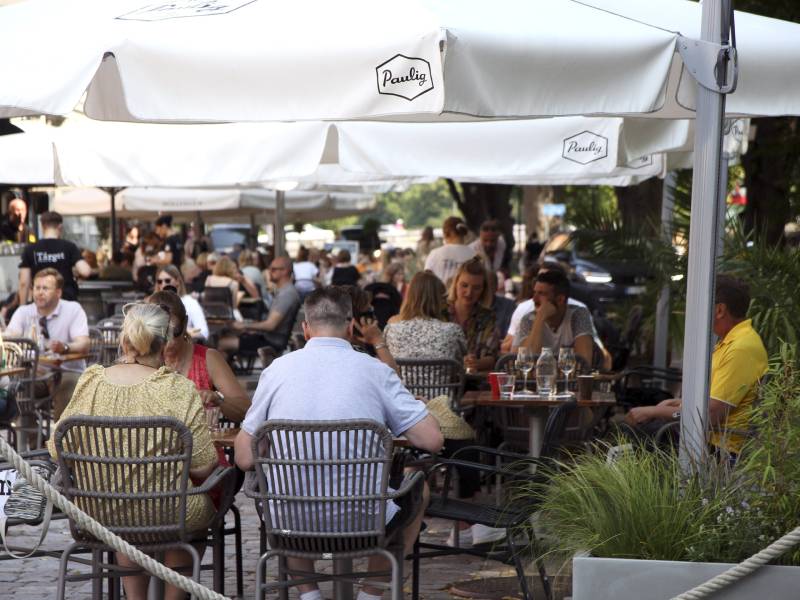 Patrons on a terrace in Turku on 22 July 2022. Spending has become an increasingly important aspect of free time, putting a strain on friendships between people from different income groups. (Anni Savolainen – Lehtikuva)

INCOME DIFFERENCES can pose a significant challenge to friendships because friends tend to see one another in their free time.

“A friend having low income can determine whether you can go have a cup of coffee, go out to eat, go out shopping or travel somewhere. As free time has become more consumption-oriented in the 2000s, challenges related to income differences may have grown and become more salient,” Terhi-Anna Wilska, a professor of sociology at the University of Jyväskylä, explained to STT on Sunday.

“Money didn’t used to play the same role in our free time.”

Wilska said it is hardly unusual that distinct spheres of life and possibilities to engage in activities start to slowly distance friends from one another.

Wilska told that the lower-income friend can easily feel embarrassed and excluded, prompting many to avoid situations that require money rather than to tell their friend directly about their financial limitations.

“Finland doesn’t have the kind of culture of sharing that’s found in many other European countries,” she added. “Both roles are regarded as more difficult here: offering to pay and receiving. In more communal cultures, it’s natural for the wealthier party to pay if the other doesn’t have money.”

The closer the friendship, the more likely it is that the friends talk openly and honestly about their situations. The threshold for avoiding situations that involve money is lower in less close friendships, according to Minna Autio, a professor of home economics at the University of Helsinki.

Although the culture of discussion has changed noticeably in the past two decades, she added, there are still people who choose not to tell about their financial difficulties to maintain a particular lifestyle.

“[That] then leads to indebtedness,” said Autio.

Younger generations, she estimated, find it easier to talk about the realities of living on low income than older ones because as people grow older and their social status rises, it gives rise to the expectation that they have more money at their disposal.