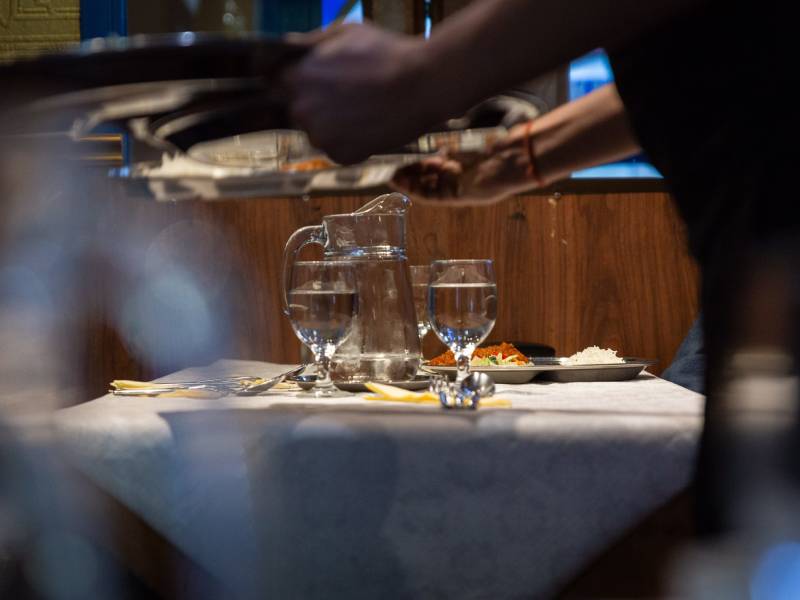 A waiter at work during lunchtime in a restaurant in Helsinki in January 2020. Ilmarinen, a Finnish pension insurance firm, says businesses in the accommodation and restaurant sector had 11 per cent more employees in July 2022 than July 2021. (Hanna Matikainen – Lehtikuva)

PENSION INSURER Ilmarinen on Monday revealed that the number of employees in the more than 60,000 companies covered by its economic review crept up by more than two per cent from the previous year in July.

The employment growth was driven especially by the accommodation and restaurant businesses, as well as employment service providers.

“Of the sectors we monitor, only construction was on a slight decline in July. Employee numbers have now increased uninterrupted for roughly one and a half years. The positive development has been reflected widely across Finland,” commented Miika Aromaa, a team leader at Ilmarinen.

The increase in the number of employees, however, did slow down from June, when it crept up by four per cent year-on-year.

The headcount of construction companies, in turn, decreased by 1.4 per cent.

Aromaa viewed that there is a risk that the long-running positive development turns into a decline also in some other sectors at the end of the year.

“The number of employees in the accommodation and restaurant sector has increased strongly since this spring. The sector has already encountered some growth obstacles as there is not enough skilled labour for every restaurant and hotel. Employees have also left the sector during the pandemic,” he noted.

The Finnish economy recovering from the coronavirus pandemic supported the favourable development of employment and wage costs in the early parts of this year. Global trade, though, has struggled to overcome the bottlenecks in supply chains and the pandemic restrictions in China.

“The economic sanctions imposed over Russia’s war of aggression have affected exports and industrial output in Finland. Inflation has accelerated to a record level, central banks have tightened their monetary policy quickly and interest rates are on the rise,” listed Aromaa.