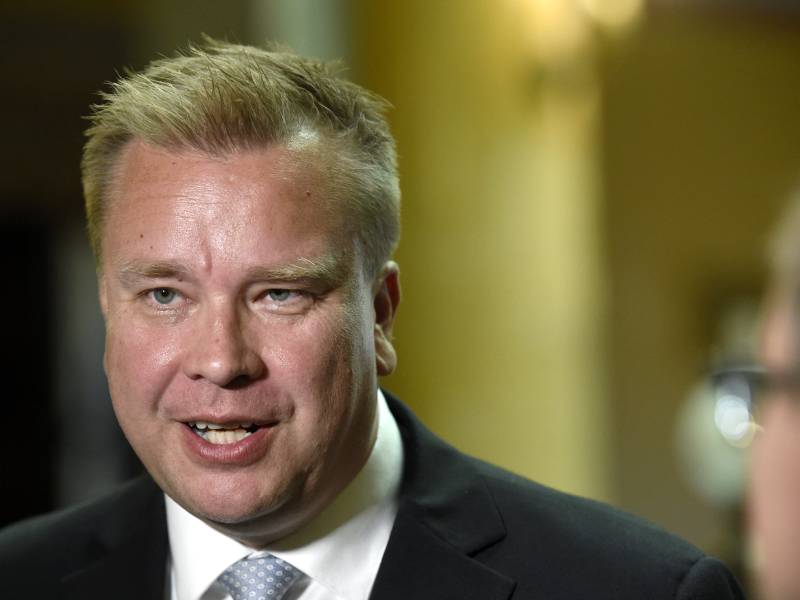 Minister of Defence Antti Kaikkonen (Centre) spoke to reporters at the opening of the 240th National Defence Course in the House of the Estates in Helsinki on Monday, 15 August 2022. (Saara Peltola – Lehtikuva)

“The Nato compatibility we’ve developed for a long time is now showing its benefits. We’re now fully compatible with Nato. We satisfy the membership criteria of Nato. All you need to do is plug it in, I guess you could say,” he stated in his remarks at the opening of the 240th National Defence Course in the House of the Estates in Helsinki on Monday.

Finland, he estimated, could in the best case officially join the defence alliance at the end of this year, strengthening defences across the alliance with its defence capabilities and ability to withstand crises.

“We’re naturally striving to make sure the membership can be realised as soon as possible,” he said.

Kaikkonen outlined that the membership would see the country join the integrated air and missile defence system of the alliance, participate more comprehensively in civil preparedness co-operation, and engage in both deeper intelligence co-operation and closer exchange of aerial and maritime awareness information.

He reminded in his opening remarks how quickly the circumstances have changed following the Russian invasion of Ukraine. When he opened the course last year, the world had fixed its eyes on Afghanistan.

“The transfer of Russian troops to the Ukrainian border during the course of last winter and the military threat it represented was definitely recognised, but few believed that Russia would follow through with the attack. That’s because of how absurd it felt in Europe in the 2020s,” the minister recounted.

“Finland’s practical and collaboration-based policy toward Russia sustained a serious blow that day. Both the public opinion and the support of political decision-makers shifted at remarkable speed in favour of Nato membership.”

Kaikkonen said Russia is presently leveraging its military power to re-align its borders and expand its sphere of influence over Ukraine.

“Even though we’ve taken good care of our defence throughout the decades, it became clear in the early spring that if we want to raise the threshold for a military attack the only logical and credible step is to apply for Nato membership.”

General Timo Kivinen, the commander of the Finnish Defence Forces, said Russia has yet to give up on its objective of preventing Ukraine from integrating with the West and annexing parts of Ukraine. There is currently no end in sight for the war, he added, as neither side appears to have the capacity to achieve the necessary successes.

“Western support for Ukraine will be decisive for the war’s outcome,” he told.

Kivinen viewed that the war is unlikely to escalate geographically, adding that the possibility cannot be ruled out completely. “A prolonged conflict always entails uncertainties. An isolated Russia can act unpredictably.”