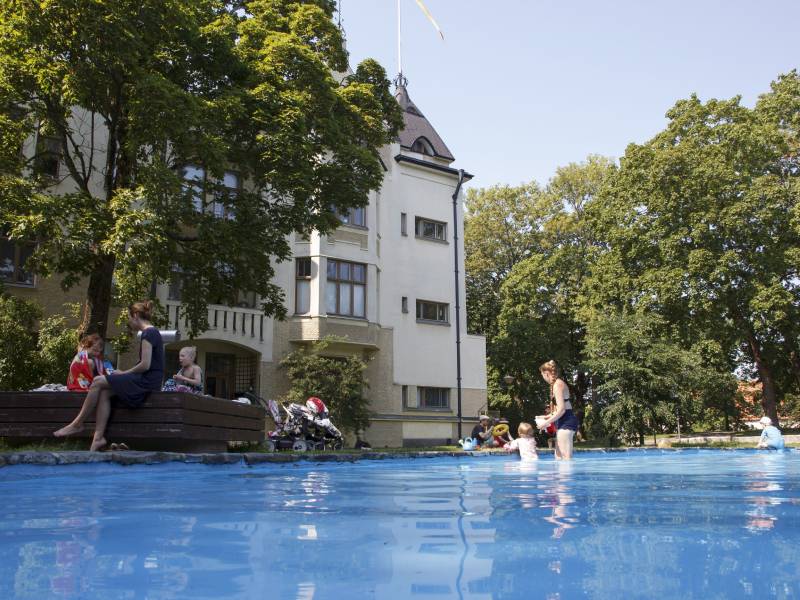 People by a wading pool in Vartiovuori Park in Turku, Southwest Finland, on 22 July 2022. Temperatures are today forecast to rebound close to 25°C especially in southern parts of the country after a period of cooler weather. (Anni Savolainen – Lehtikuva)

A STREAM of warm air will flow into Finland between Wednesday and Thursday, according to Joanna Rinne, a meteorologist at Foreca.

Rinne told Helsingin Sanomat on Tuesday that Thursday will be largely sunny in southern parts of the country, with temperatures rising to 23–26°C. Temperatures in Central Finland will hover between 21°C and 25°C and those in Lapland between 18°C and 21°C.

The mercury may push above the 25°C-mark toward the end of the week especially in the south, possibly as far up north as Pori, Tampere and Jyväskylä.

“Friday will be slightly warmer than Thursday. Temperatures in the south will at best rise to around 27–28 degrees,” said Rinne. “Temperatures north of [Pori, Tampere and Jyväskylä] will stay below 20 degrees, though.”

The warm weather is expected to continue over the weekend and well into next week, with the possible turn coming midway into the week. Temperatures over the weekend are expected to vary between 25°C and 28°C in southern parts, between 18°C and 23°C in central parts, and between 14°C and 18°C in northernmost parts of the country.

Lapland will also experience the occasional shower over the weekend.

“It’ll be touch and go whether the 30-degree mark will be hit somewhere around Saturday and Sunday, but it won’t be a widespread phenomenon,” she said.

The warm weather is attributable to two developments, according to Rinne: Rains and cooler air will steer clear of the country due to the high-pressure system hovering over Northern Europe. Warm air will start moving in from southern parts of the continent, which is presently experiencing temperatures of 30–40°C.

She pointed out that it would not be completely unusual for a heatwave to last several days in August. Southern Finland typically records five to six days with temperatures peaking over 25°C in August.

“My prediction is that the number of hot days will rise slightly above the average this month because of the high-pressure system,” she said.

Night temperatures are forecast to remain moderate despite the inflow of warm air, topping 15°C in Southern Finland.