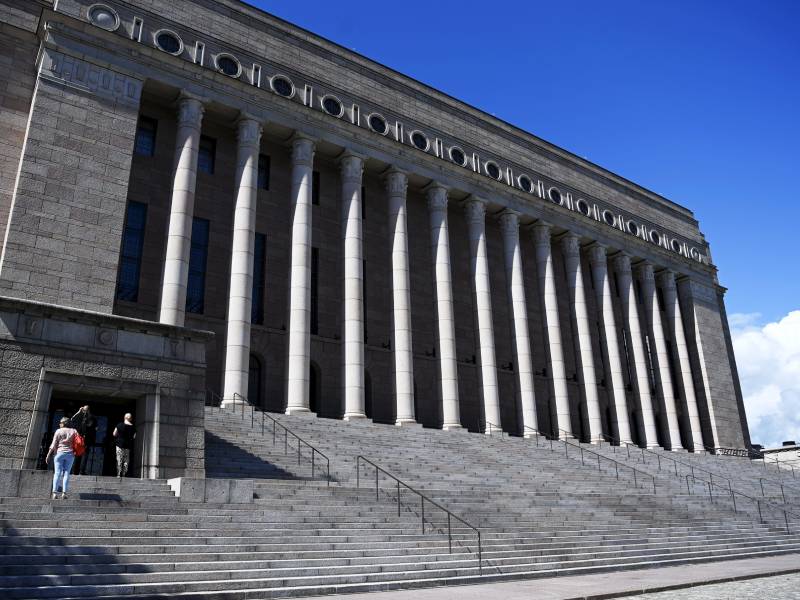 People on the steps of the Parliament House in Helsinki on 7 July 2022. A denial-of-service attack brought down the website of the Finnish Parliament on Tuesday. A Russian hacker group called NoName057(16) has claimed responsibility for the attack on Telegram, according to YLE. (Vesa Moilanen – Lehtikuva)

A RUSSIAN HACKER GROUP called NoName057(16) has claimed responsibility for a denial-of-service attack that brought down the website of the Finnish Parliament on Tuesday, according to YLE.

“We decided to make a ‘friendly’ visit to our neighbouring country Finland, whose authorities are so eager to join Nato,” the group reportedly wrote on Telegram.

Sauli Pahlman, the deputy director general at the National Cyber Security Centre, on Tuesday confirmed to the public broadcasting company that the attack is under investigation, reminding that although denial-of-service attacks can bring down websites they do not mean that sensitive data has ended up in the wrong hands.

“The group in question has carried out these kinds of attacks before. We’ve launched countermeasures,” he said.

“The effects will probably be short-lived. Carrying out attacks is more difficult nowadays and typically the interruptions are short. Obtaining information is not a characteristic of denial-of-service attacks. They’re simply an attempt to prevent people from using a service.”

Mikko Hyppönen, the research director at Withsecure, similarly reminded that the attack was not a hacking but a denial-of-service attack. NoName057(16), he added, is a well-known group that has been one of the most visible Russian groups during the war in Ukraine.

“We’re talking about a patriotic hacker group that became active as soon as the war started, in early March. Unlike other groups, this group is only carrying out denial-of-service attacks, meaning bringing down services,” he said. “There’s no reason to doubt that this is the group we’re talking about.”

He believes the group is seeking to express its support for Russia.

Hyppönen also reminded that it is impossible to completely protect oneself against attacks that seek to overload a server. The perpetrators of such attacks typically try different techniques until they succeed in bringing down their target.

“It’s a problem that’s similar to solving road congestions. If you’re able to create an enormous amount of traffic, the server will come down,” he said.