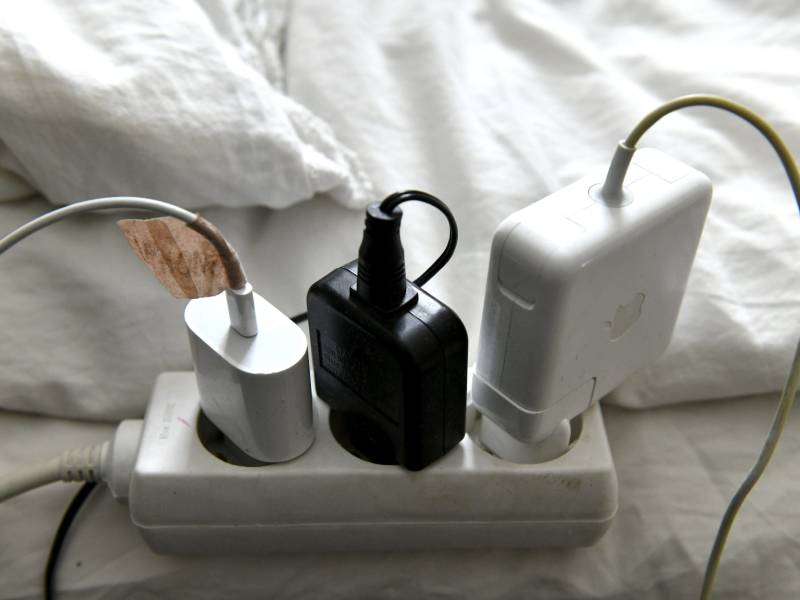 Chargers connected to a power strip in Espoo on 13 March 2022. Economists on Tuesday told YLE that any action to curb rising electricity prices should be targeted at households that are struggling to cope with the rise. (Heikki Saukkomaa – Lehtikuva)

MINISTER of Economic Affairs Mika Lintilä (Centre) estimates that a value-added tax cut would be the most effective and straightforward way to curb the increase in electricity prices next winter.

“The value-added tax on electricity is currently 24 per cent. Let’s drop it to 14 or 10 per cent. It’d have the quickest effect, and it’d have a direct effect on the bills of consumers,” he commented on YLE Aamu on Tuesday.

“Many have already received a letter at home telling them about a rise in electricity prices. The measures should be implemented somewhere in the ballpark of November.”

Lintilä also criticised the media for overstating the risk of disruptions in electricity supply next winter, assuring that decision-makers are working only on making sure that heat and lights stay on in every home.

“It’d have to be an extreme emergency for us to have to limit electricity. We aren’t seeing such a situation yet, even though this is admittedly challenging, without a doubt.”

He indicated that he is hopeful partly because of the planned start-up of the third reactor unit at Olkiluoto Nuclear Power Plant in December. Teollisuuden Voima (TVO), the operator of the power plant, announced earlier this week that the unit has resumed electricity production at 60 per cent of full capacity following an interruption in the test production phase caused by the discovery of material detached from the steam guide plates in the re-heater in May.

The test phase is expected to be completed and regular electricity production to start in December.

“If Olkiluoto didn’t start up for the winter, we’d be faced with enormous challenges and the price would increase further. Olkiluoto 3 will produce about 14 per cent of our electricity. It’s of great significance,” said Lintilä.

Marita Laukkanen, a senior researcher at VATT Institute for Economic Research, and Maria Kopsakangas-Savolainen, a professor of economics at the University of Oulu, stated to the public broadcasting company yesterday that the mooted tax cut is not without its problems.

Slashing the value-added tax, they said, would not necessarily be reflected in the bills of consumers as electricity companies are under no obligation to transfer the cuts fully to consumer prices. The move would also affect all electricity users instead of only the low-income households that are struggling the most to cope with energy prices.

The latter makes the proposal costly and ineffective, viewed Laukkanen.

“The question is would it make more sense to implement a targeted measure that enables us to support consumers for whom the price increases seem to cause an unreasonable burden,” she stated.

Laukkanen and Kopsakangas-Savolainen pointed out that slashing the tax would send a questionable message in a situation where it would be crucial to reduce electricity consumption and steer it to times of day when electricity is not in such a high demand. The cut, they added, would also lead to a 220–300-million-euro drop in tax revenues, according to calculations made at the Ministry of Finance.

The drop would have to be offset somehow, said Kopsakangas-Savolainen. “Do you run up more debt or do you raise taxes elsewhere? Measures always come at a cost.”

There is also a risk that what was intended as a temporary measure ends up being permanent, added Laukkanen.

“Even if electricity prices returned [to their previous levels] and the pressure for price increases didn’t materialise, it might be politically difficult to start raising the value-added tax on electricity once it has been lowered,” she explained.