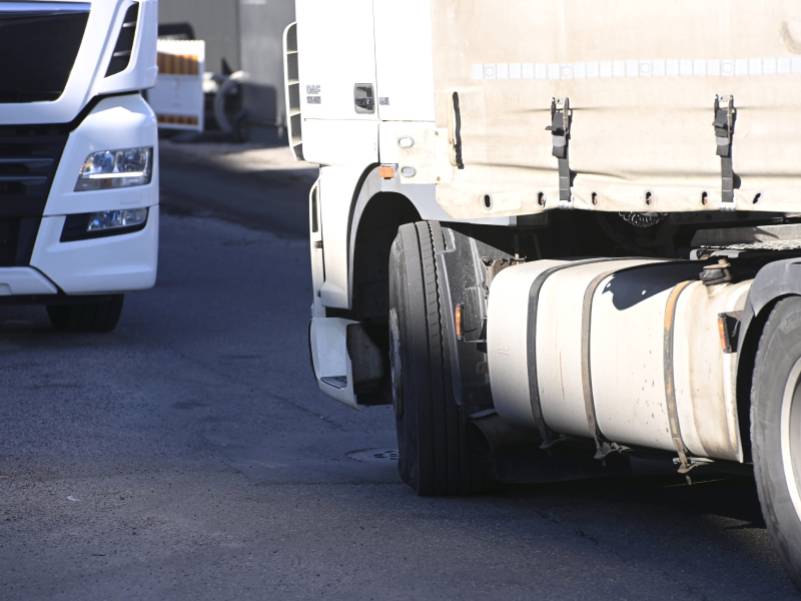 Lorries in Helsinki on 24 May 2022. YLE on Monday revealed that EU lorries are crossing from Finland to Russia to tow Russian trailers into the 27-country bloc. (Heikki Saukkomaa – Lehtikuva)

CARGO TRAFFIC across the Finnish-Russian border has continued to some extent despite the European Union denying access for lorries registered in Russia and Belarus, reports YLE.

With Russia not responding to the measure symmetrically, European lorries remain allowed to enter Russia. Typically they enter the country only momentarily to unload or pick up cargo – sometimes even for the purpose of swapping the tractor unit of a towed load, according to the public broadcasting company.

“If a Finnish tractor unit has a Russian trailer, it’s interpreted as a Finnish combination and it’s perfectly legal to drive that across the border,” Jarkko Fagerström, an inspector at Finnish Customs, explained to YLE on Monday.

Cargo traffic is moving across the border also because not all goods fall under the purview of sanctions.

“Mineral aggregates, for example, are being imported from there and newsprint to some extent. All kinds of goods that are not yet subjected to sanctions,” said Fagerström.

The volume of lorry traffic across the border collapsed following the ban on Russian and Belarusian lorries by the EU on 8 April. The volume has since at times even been on the rise partly due to the transitional periods associated with some sanctions.