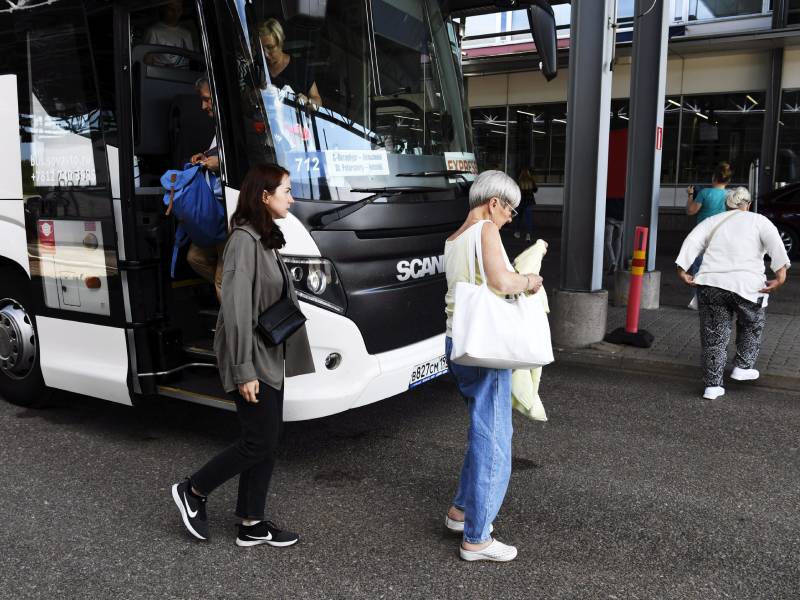 People arriving at the border-crossing station in Vaalimaa, Virolahti, on 1 July 2022. An official at the Ministry for Foreign Affairs has told YLE that border-crossings by Russians into Finland have increased by 10–30 per cent since last spring and early summer following the lifting of coronavirus-related restrictions on 1 July. (Jussi Nukari – Lehtikuva)

BORDER-CROSSINGS by Russians into Finland have increased by 10–30 per cent since last spring and start of the summer following the lifting of coronavirus-related travel restrictions, Jussi Tanner, the head of consular services at the Ministry for Foreign Affairs, told YLE on Monday.

Some Russians are entering the country en route to holiday destinations in, for example, the Mediterranean.

“We’re monitoring this already,” said Tanner. “If Finnish Schengen visas are factually used to travel to other countries, we can take action. We’ll receive word of this kind of a phenomenon fairly quickly from other Schengen countries.”

A Finnish-issued Schengen visa can be used to travel to any other country that has acceded to the Schengen Agreement, meaning all countries in the Nordics and most countries in the EU. If a Finnish is clearly used exclusively to transit to another country, however, it is possible to deny the holder a new visa.

Russian companies have started offering road transport services directly from St. Petersburg to Helsinki Airport and Lappeenranta Airport, according to YLE. Although the EU has prohibited Russian aircraft from using its airspace over the war in Ukraine, Russians are able to continue their journey toward other member states from Finland.

Tanner said he is aware of the business idea of such transport companies but viewed that some kind of limitations to such operations are likely in the future.

“I’m sure we’ll be hearing more about this in the coming weeks,” said Tanner.

Prime Minister Sanna Marin stated to YLE on Monday that she is prepared expand the sanctions regime on Russia to restrict travel by Russians to Finland and other parts of Europe. The 27-country bloc, she added, should make the decision on such measures together because crossing the border into Finland is possible with a visa granted by any Schengen country.

“My personal view is that this should be restricted,” she said.

“It isn’t right that as Russia is waging an aggressive, brutal war of aggression in Europe, Russians can live their lives almost as usual – travel in Europe, be tourists. It isn’t right.”