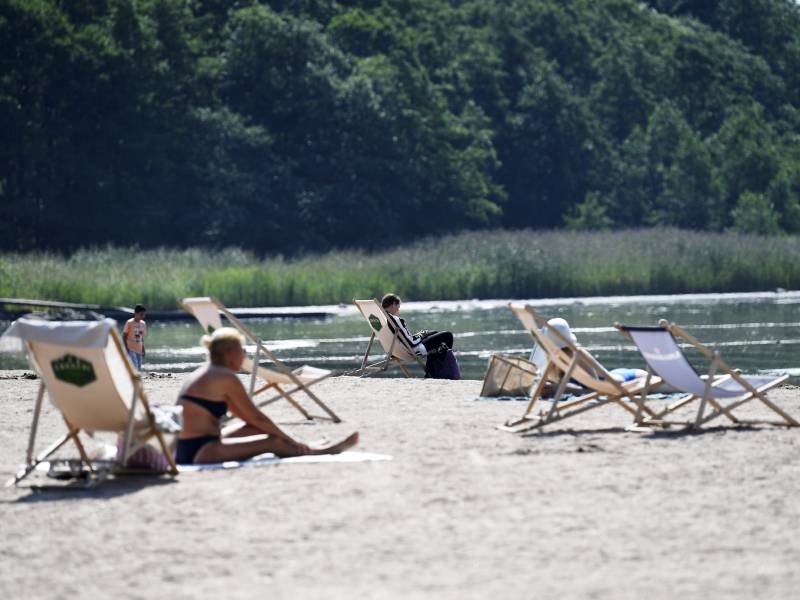 People enjoyed the warm weather on a beach in Lauttasaari, Helsinki, on 21 July 2022. The mercury rose above 25°C in some parts of the country on a total of 16 days in July, according to the Finnish Meteorological Institute (FMI). (Anni Ågren – Lehtikuva)

The monthly mean temperature varied from roughly 18°C in southern and south-eastern parts of the country to roughly 13°C in Lapland. The mean temperature deviated from the long-term average especially in Utsjoki, Lapland, rising about two degrees higher than the average in 1991–2020.

The mercury rose above 25°C on a total of 16 days in July, a typical tally for what is typically the warmest month of the year in Finland. The threshold was hit as many as 10 times at both Harabacka, Porvoo, and Asemantaus, Heinola.

Lumparland, a municipality in Åland, registered the lowest monthly rainfall of less than 15 millimetres.

The heaviest daily rains were witnessed in Salkola, Somero, with almost 60 millimetres of water dousing the area on 13 July. Daily rainfall is measured each day for the 24-hour period starting at 9am.

Last month was also not as sunny as usual, said FMI. In Lapland, in particular, the amount of sunlight was 25–35 hours less than the long-term average.