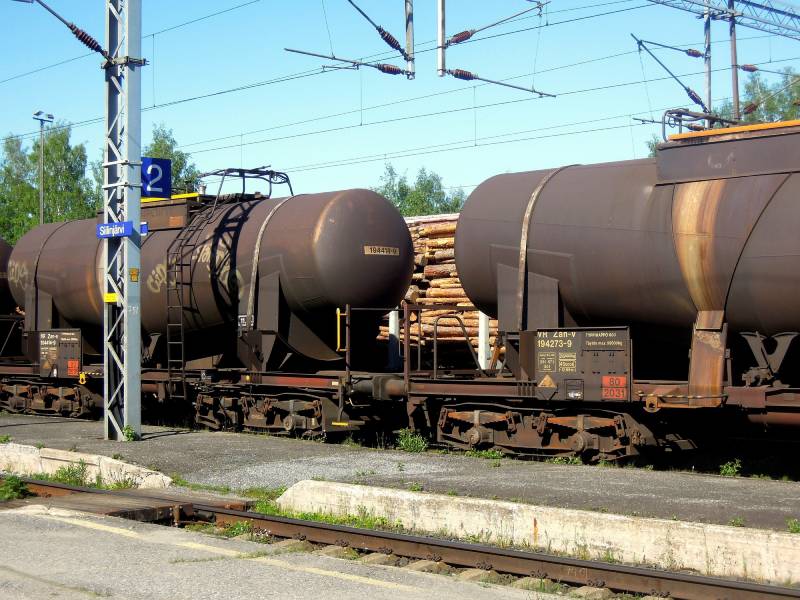 Tank carriages at the railway station in Siilinjärvi, Northern Savonia, in June 2021. The European Commission has asked Finland to migrate to the European standard rail gauge of 1,435 millimetres on all new and most existing rail connections. (Ritva Siltalahti – Lehtikuva)

FINLAND will not subscribe to the changes in the rail gauge requested by the European Commission, states Minister of Transport and Communications Timo Harakka (SDP).

The European Commission has proposed that the country develop all new rail connections using the European standard track gauge of 1,435 millimetres and devise a plan to transition to the gauge also on most existing rail connections.

The Finnish standard track gauge is 1,524 millimetres, close to the gauge used in Russia.

Harakka on Tuesday said the proposed transition to a narrower gauge is unreasonable and unacceptable for Finland. The country, he added, should be granted a derogation from the requirement to migrate to the European track gauge.

“Finland does not accept these changes to the rail gauge, and I believe that our views will be heard during further discussions,” he commented, stressing that the country’s “special conditions” must be taken into consideration. “Changing the rail gauge would not be economically or operationally feasible. Decisions of this importance should not be made hastily; instead, their impacts should be properly scrutinised.”

The European Commission has stated that the narrower gauge would not have to be introduced on old connections where it is not justified based on a cost-to-benefit analysis.

The Ministry of Transport and Communications said also that connections where construction has begun before the regulation enters into force would not be considered new connections. The requirement would, though, apply to railway sections planned by project companies such as those planning the eastern rail link and Suomirata.

The requirement would “probably” also apply to the company planning a new high-speed rail link between Helsinki and Turku, although only in regards to the new section between Espoo and Salo.

The European Commission is also proposing the downgrading of the last sections of cross-border connections to Russia and Belarus. In Finland, the proposal would mean the core railway network ended in Kouvola instead of Vainikkala, the core road network in Hamina instead of Vaalimaa and the Scandinavian-Mediterranean Corridor on the Kouvola-Kotka-Hamina axle instead of the Russian border.

The core network comprises the most important connections of the Trans-European Transport Network (TEN-T). TEN-T also consists of a secondary layer of connections called the comprehensive network.

Harakka pointed out that the downgraded connections would remain the responsibility of TEN-T and, as a result, eligible for funding from the EU. “However, as any proposed changes must not undermine the position of Eastern Finland, we cannot accept this amendment either,” he added.

The Ministry of Transport and Communications said Finland will continue lobbying for its views this autumn in the Council of the EU.