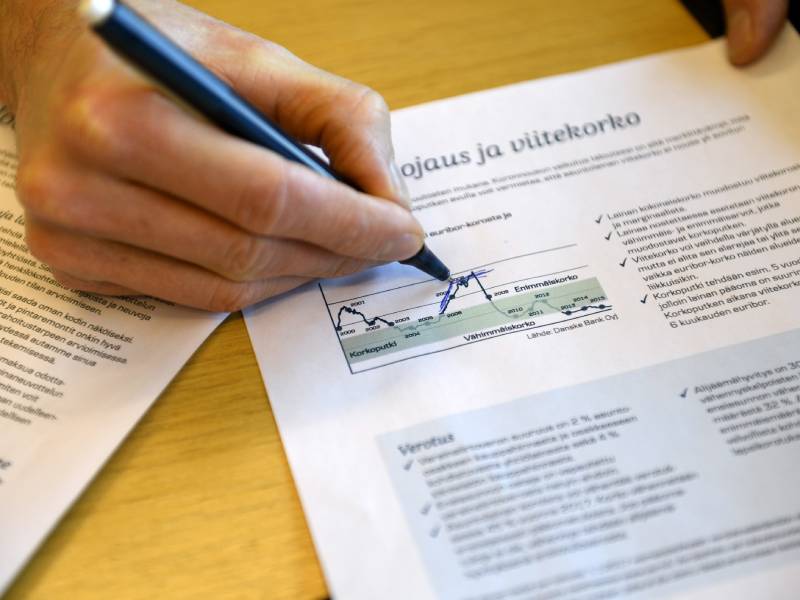 An employee made notes on a brochure in a Danske Bank in Helsinki in March 2018. Recent statistics reveal that demand for new housing loans has decreased significantly from 2021. (Martti Kainulainen – Lehtikuva)

THE SPIKE in demand for housing loans caused by the coronavirus pandemic and its effects on working life appears to have come to an end in Finland, writes Helsingin Sanomat.

“The spike in demand for housing loans caused by the coronavirus is clearly a thing of the past, and [the demand] has normalised to the level it was before the pandemic,” Satu Nurmi, the head of consumer lending and real estate business at OP Financial Group, stated to Helsingin Sanomat.

Nordea and Danske Bank similarly estimated that the situation has normalised, with the former revealing that it has registered a 10-per-cent drop in demand for housing loans since last year.

The lenders also revealed that the popularity of interest-rate hedges has not increased, even though borrowers are talking about them more than previously.