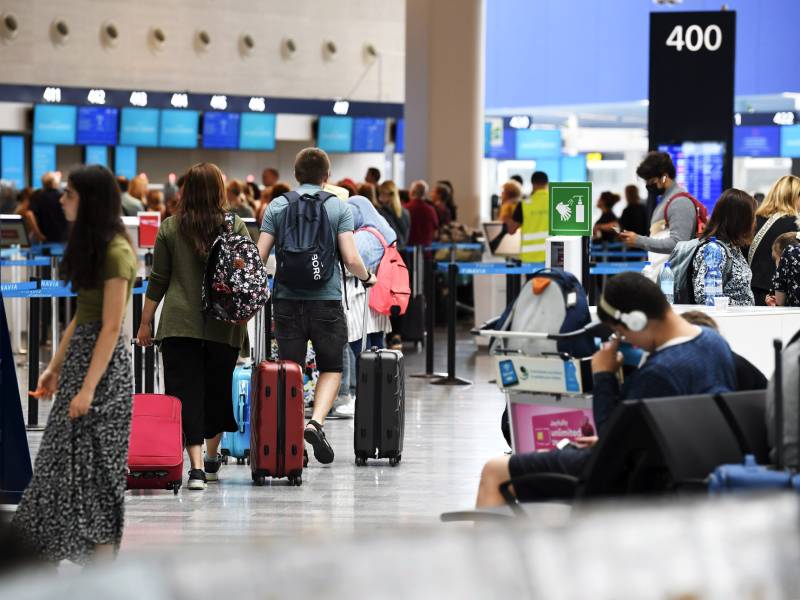 Passengers at Helsinki Airport on 5 July 2022. Finland is looking to trial the use of digital travel documents in air travel between Finland and Croatia. (Saara Peltola – Lehtikuva)

FINLAND is eager to trial the use of digital travel documents in cross-border travel as the first country in the European Union, reports Helsingin Sanomat.

The European Commission has expressed its hope that some member states carry out such pilot projects to accumulate experiences that allow it to present a proposal for implementing digital travel documents in the 27-country bloc.

The preliminary plan is to trial digital documents in travel between Croatia and Finland, and between Canada and the Netherlands. The pilot will be funded by the commission.

Mikko Väisänen, an inspector at the Finnish Border Guard, told Helsingin Sanomat on Friday that Finland was asked by the commission whether it was willing to take part in the trial at the end of 2021. Digital travel documents are perceived as possible means to expedite and streamline border controls and travel.

Väisänen reminded that it remains uncertain whether the pilot will be launched in Finland.

“We’re currently drafting a funding application for the commission. The application must be submitted by the end of August. It’ll then be decided whether the project will be carried out or not,” he told.

If the European Commission shows a green light for the pilot, a group of voluntarily participating passengers would be provided a smartphone app that contains their digital travel documents, according to Väisänen. The participants would be required to send the information in their travel documents digitally to border officials for verification before their trip.

“The information is verified in advance and deleted after the trip,” he said.

Helsinki Airport would create a separate lane for performing border controls on both arriving and departing passengers participating in the trial. The passengers would be identified based on a photograph taken in conjunction with the controls.

A similar system would be set up in Croatia.

“A passport would have to be waved over a reader in the first phase, but it doesn’t even have to be open. Once we move forward with the trial, it’d probably be possible to use a smartphone instead of a passport,” told Väisänen.

Passengers participating in the pilot would still have to keep their physical passport with them.

“The long-term goal is that passengers don’t have to have their physical passports with them. It’ll take a while before we’re there, though. The pilot project would be just the first phase,” he commented, envisioning that in the future passengers may not have to carry any physical documents with them as they could be identified based on a photo when boarding or passing through airport security.

Due to a lack of direct flights in the winter, the use of digital passports could be trialled in traffic between Croatia and Finland starting in the first half of 2023. Finland is therefore considering if Finnish trial participants could be allowed to use digital travel documents also on other routes, according to Helsingin Sanomat.