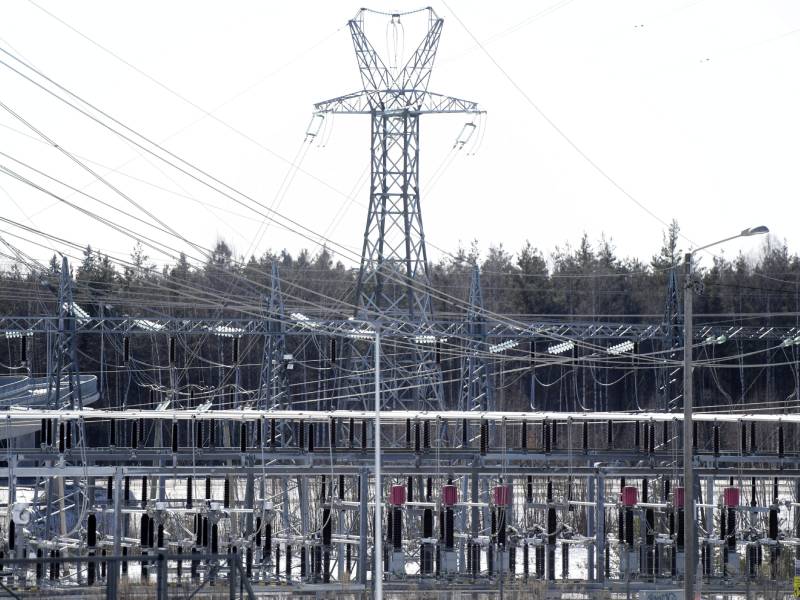 Overhead power cables in Vantaa in March 2018. The Finnish Ministry of Employment and the Economy is set to launch an information campaign that encourages households to reduce their energy consumption as of late August. (Vesa Moilanen – Lehtikuva)

THE MINISTRY of Employment and the Economy is gearing up to launch a campaign urging citizens to reduce energy consumption, reports YLE.

A ministry spokesperson confirmed to the public broadcasting company last weekend that the campaign is under preparation but refrained from commenting on its content in further detail. The initiative for such a campaign, the spokesperson said, came originally from the European Commission.

Many EU countries have already taken action to curb energy consumption. The City of Hanover in Germany on Thursday revealed it has disabled hot showers in all public buildings. The French government, meanwhile, has taken action to regulate the cooling and heating of public spaces, for example by ordering air-conditioned shops to keep their doors closed.

YLE on Friday reported that the campaign will be announced officially at the end of the month so that it coincides with the up-tick in energy demand caused by cooler weather and shorter days, and focus on heating and warm water consumption.

“Energy saving measures adopted by consumers are effective. In Finland, roughly a third of energy consumption stems from heating buildings,” said Päivi Suur-Uski, an expert in energy efficiency at Motiva. “We also have a lot of heated spaces, like garages and warehouses, where you could cut back on heating.”

A one-degree reduction in room temperature, she added, accounts for up to five per cent of energy consumption.

About 61 per cent of household energy consumption stems from heating and 16 per cent from warm water, according to Helsingin Sanomat. Warm water, in turn, may be responsible for up to 30–40 per cent of heating costs.

“Tackling [warm-water use] is a quick way to reduce energy consumption. We should forget about 15-minute showers and spend no more than five minutes in the shower,” outlined Suur-Uski.

She estimated that households can curb their total energy consumption by up to 10–20 per cent with effective saving measures. “That’d be of considerable significance also nationally,” she highlighted.

Suur-Uski stated to Helsingin Sanomat that the campaign will not forward any new or revolutionary energy reduction measures but will simply seek to encourage the adoption of “old measures in a slightly more determined way”.

The Finnish Innovation Fund (Sitra) floated the idea of an information campaign on energy saving measures targeted at households already in the spring.

Also the International Energy Agency (IEA) put out a list of energy saving measures to consumers in the wake of Russia’s invasion of Ukraine. If all EU citizens adopted the recommended measures, it calculated, it would result in oil savings of around 120 supertankers and natural gas savings enough to heat 20 million homes.

Oras Tynkkynen, a senior advisor at Sitra, highlighted to YLE on Friday that saving energy is also a means to rein in inflation, even if the impact will not be visible immediately. “When demand drops, it reduces energy prices in the market and slows down inflation.”

The public broadcasting company reminded that similar measures were adopted during the oil crisis of the 1970s. The government stated at the time that room temperatures should be lowered, ad lighting should be dimmed and road traffic speeds decreased to 80 kilometres per hour. The campaign lead to an over 10-per-cent decline in oil consumption.

Tynkkynen also drew attention to the effects of the nuclear disaster in Fukushima, Japan, in 2011. Japan successfully utilised energy efficiency and saving measures to account for over a half of the electricity that had been produced by its nuclear power plants.

“These experiences show that relatively big changes in energy use are possible,” he said.

Motiva and Sitra are taking part in devising the information campaign together with the Energy Authority, the Ministry of Employment and the Economy, and the Ministry of the Environment.